Christian Fernsby ▼ | December 6, 2019
ETH Zurich researchers are reexamining the causes of soil erosion around the world and have found that countries themselves have a surprisingly strong influence on their soil. 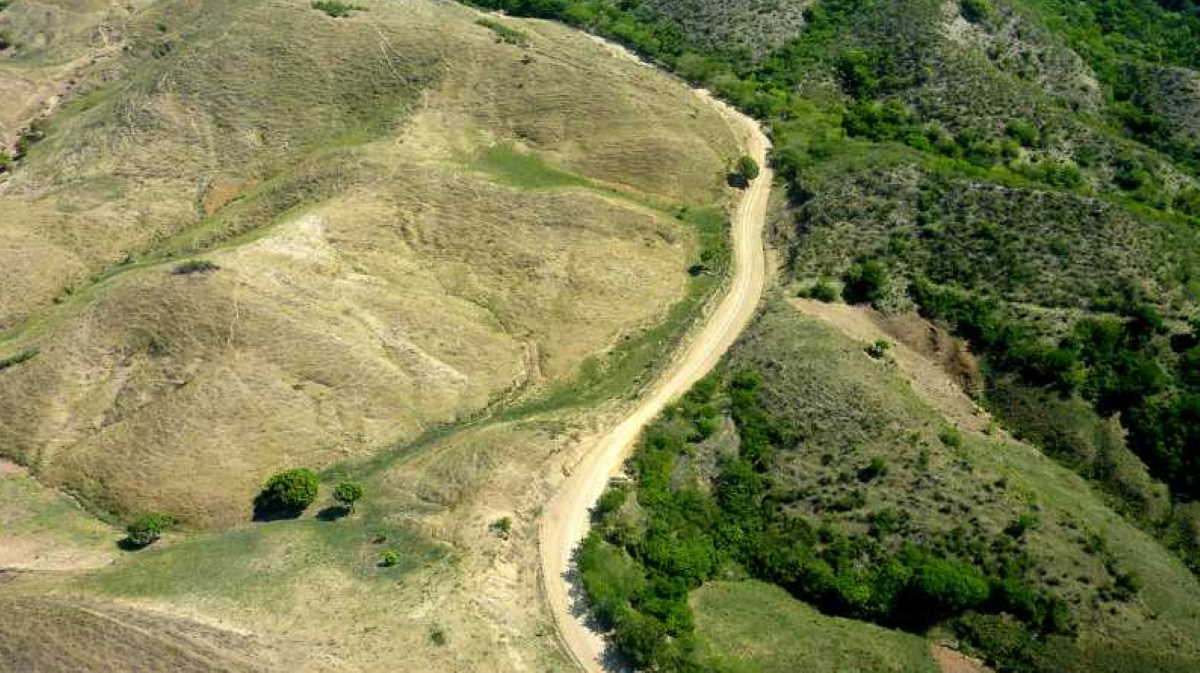 Soil erosion is a global problem that threatens food security and the functioning of ecosystems.

It has an adverse effect on water and air and, of course, on the soil itself.

It also produces a number of harmful knock-​on effects; farmers, for example, have to compensate for the loss of natural soil productivity by increasing their use of fertiliser.

As things stand, soil is being lost at a significantly greater rate than it is being created.

Given that the agriculture and forestry industries simply cannot function without soil, many governments are trying to combat the erosion in their countries.

Soil erosion has a whole host of causes, many of which are still not well understood.

We still don’t know, for example, whether and indeed how different countries influence the erosion of their soils.

Research so far has focussed on identifying reciprocal relationships known as correlations, such as the fact that erosion is more severe in poor countries than in rich ones.

Identifying causal effects, on the other hand, has been and remains very difficult.

David Wüpper and Robert Finger from the Group for Agricultural Economics and Policy at ETH Zurich and Pasquale Borrelli from the University of Basel have now employed satellite imagery and numerous other data sources to investigate the socio-​economic causes of soil erosion around the world.

On the basis of high-​resolution remote sensing data and numerous other data sources, the researchers created an erosion map of the world.

With the help of a statistical model, the researchers then investigated whether the erosion rate is generally changing continuously through space but "jumps" abruptly at country borders.

Such abrupt “jumps” at political borders  reveal the influence of the countries that are left and right of the borders.

On a second map, the researchers also modelled the potential natural erosion rate.

This enabled them to see how great the difference between current and natural erosion is and whether there are natural discontinuities in the erosion rate at the political borders.

It was through this approach that Wüpper and Finger were able to identify the “country effect” as a cause of soil erosion.

The researchers present their findings in a study recently published in the journal Nature Sustainability.

This country effect is most visible along political borders as these areas offer the best basis for comparing observations.

“The rate at which soils erode strongly depends on which side of a border, and accordingly, in which country the soil lies,” says lead author David Wüpper.

To illustrate their approach, the researchers use the island of Hispaniola, home to Haiti and the Dominican Republic, as an example.

In its natural form, Hispaniola would be uniformly covered with dense tropical forest and natural erosion would be very low because this vegetation would protect the soil from rain.

In reality, however, the researchers found that along the border, Haiti’s soils lose 50 tonnes more per year and per hectare than those of the Dominican Republic.

Wüpper explains that if Hispaniola had not been subject to human intervention and were still in its natural state, there would be no sharp increase in soil erosion along the border.

“But the presence of such a rise points to political entities, not natural borders,” he says.

The differential erosion along the border of the two Caribbean states is extremely high: 30 times higher than the global average, which – according to the researchers’ calculations – stands at 1.4 tonnes per year and hectare of arable land.

By comparison, the rate of erosion in Germany is 0.2 tonnes lower than that of neighbouring countries.

The researchers consider this to be very positive because it suggests that erosion is also fairly low in the countries that border Germany.

“Our findings illustrate how inconsistent the pattern observed around the world is,” Wüpper says.

A country’s strongest influence on soil erosion is its agriculture and the way that farmers cultivate the soil there.

The income level in a particular country, however, has no influence.

In addition to highlighting failures and shortcomings in soil protection, the study also shows that there is clear potential for countries to improve their soil protection and how they go about it.

Finger explains that before the study, nobody realised the huge leverage that the country effect would offer.

In the past, soil erosion had been seen as a predominantly local problem.

“Now we’ve shown that larger-​scale factors also strongly influence erosion in a given country,” he says.

In addition, the ETH Zurich researchers’ method can be used to determine whether measures that countries take to improve soil protection are effective or not.

One such measure, for example, is introducing economic incentives to encourage greater soil cover or reduced tillage.

However, measures to protect against erosion can also result in new conflicts of interest if, for example, reduced tillage leads to increased use of pesticides for weed control.

“The basis for good policy-​making in this respect is to identify and quantify these conflicting goals,” Finger says.

They plan to use the same methodology to quantify the conflict of interest that all countries face between increasing their yields and conserving water. ■

Flights from Manchester cancelled due to strike in France