Christian Fernsby ▼ | November 19, 2019
NASA scientists have confirmed, for the first time, the existence of water above the surface of Europa, one of Jupiter's 79 moons. 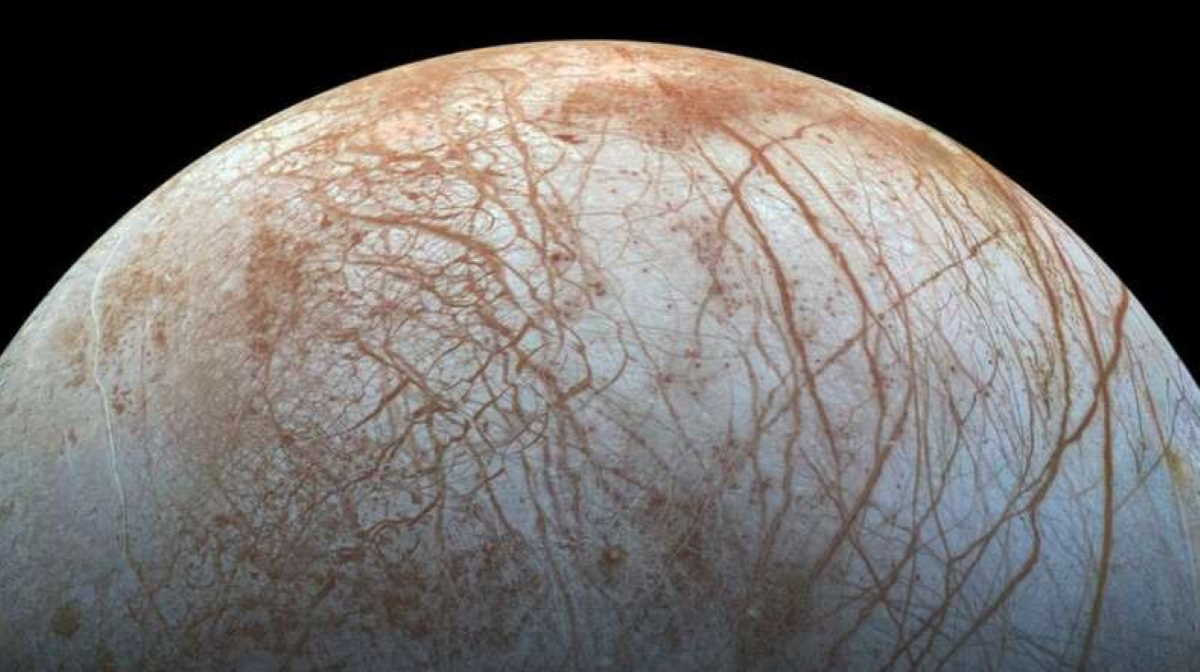 Space   Europa moon
The study published in the journal Nature Astronomy showed that they detected water releasing from Europa by 2,360 kilograms per second, enough to fill an Olympic-size swimming pool within minutes.

Scientists previously suspected the liquid water is present under its icy surface and may sometimes erupt into space in huge geysers. But no one has been able to confirm its presence in plumes by directly measuring the water molecule itself.

The team led by Lucas Paganini, a NASA planetary scientist, used a spectrograph at the Keck Observatory that measures the chemical composition of planetary atmospheres through the infrared light they emit or absorb.

They detected the faint yet distinct signal of water vapor just once throughout 17 nights of observations between 2016 and 2017. The water appears infrequently, at least in amounts large enough to detect from Earth, according to the study.

The findings can help scientists better understand the inner workings of the moon. It provided more evidence that there's a liquid water ocean, possibly twice as big as Earth's, sloshing beneath this moon's miles-thick ice shell.

Some scientists pointed to shallow reservoirs of melted water ice not far below Europa's surface as another source of water for the plumes.

Paganini said the sources of energy and chemical elements like carbon and oxygen, two of three requirements for life, have been found all over the solar system, but the third liquid water is somewhat hard to find beyond Earth.

The forthcoming Europa Clipper mission, expected to be launched in the mid-2020s, will give scientists a close look at Europa by sampling those molecules in the atmosphere to decide on whether it is a habitable world. ■