Staff Writer | July 25, 2018
Using a radar instrument on an orbiting spacecraft, scientists have spotted what they said on Wednesday appears to be a sizable salt-laden lake under ice on the southern polar plain of Mars, a body of water they called a possible habitat for microbial life. 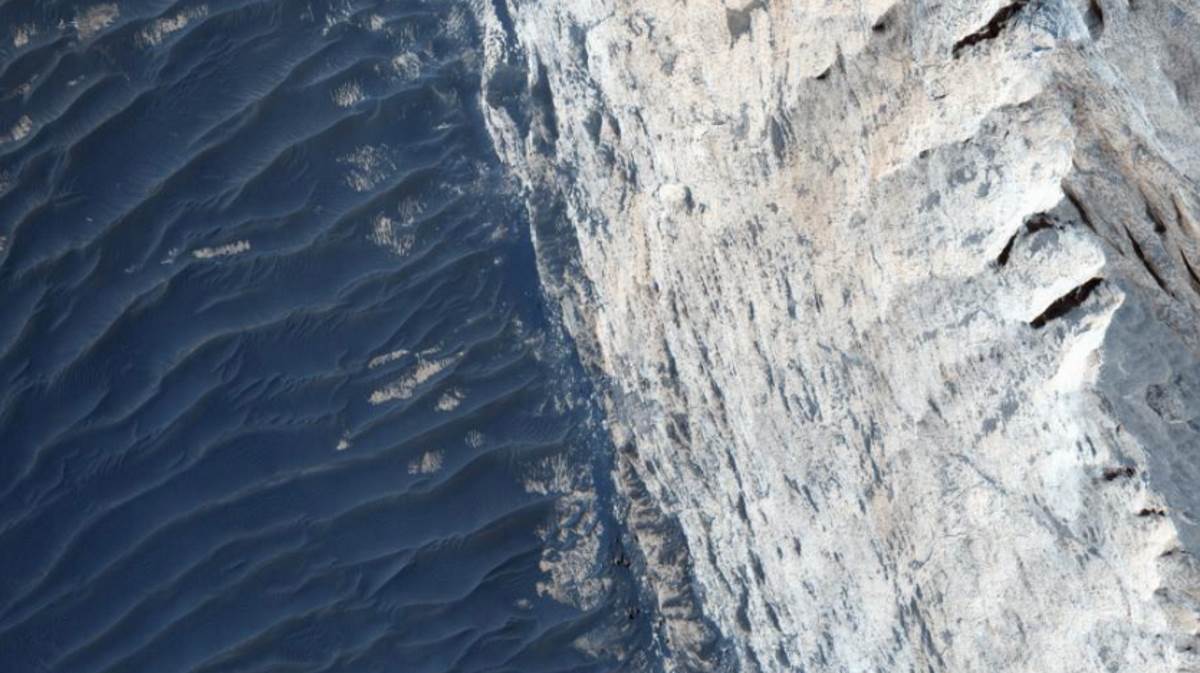 Whether anywhere other than Earth has harbored life is one of the supreme questions in science, and the new findings offer tantalizing evidence, though no proof. Water is considered a fundamental ingredient for life.

The researchers said it could take years to verify whether something is actually living in this body of water that resembles a subglacial lake on Earth, perhaps with a future mission drilling through the ice to sample the water below.

“This is the place on Mars where you have something that most resembles a habitat, a place where life could subsist,” said planetary scientist Roberto Orosei of Istituto Nazionale di Astrofisica in Italy, who led the research published in the journal Science.

“This kind of environment is not exactly your ideal vacation, or a place where fish would swim,” Orosei added. “But there are terrestrial organisms that can survive and thrive, in fact, in similar environments. There are microorganisms on Earth that are capable of surviving even in ice.”

The detection was made using data collected between May 2012 and December 2015 by an instrument aboard the European Space Agency’s Mars Express spacecraft that transmits radar pulses, which penetrate the Martian surface and ice caps. ■

Mortgage approvals in UK fall in June but remortgaging rises