Staff Writer | February 13, 2018
Two small asteroids are safely passing by Earth within one lunar distance this week, said a press release from the U.S. National Aeronautics and Space Administration (NASA). 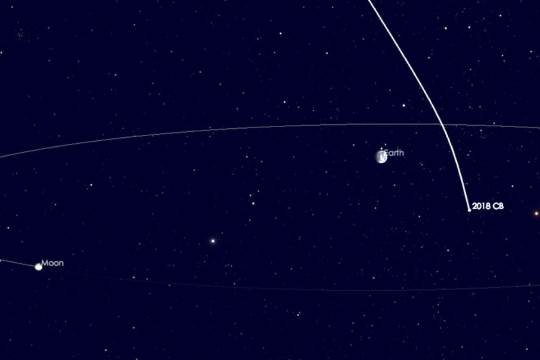 From Space   Catalina Sky Survey
The latest one, discovered by the NASA-funded Catalina Sky Survey (CSS) near Tucson, Arizona on Feb. 4., is designated Asteroid 2018 CB. The asteroid, which is estimated to be between 15 and 40 meters in diameter.

"Although 2018 CB is quite small, it might well be larger than the asteroid that entered the atmosphere over Chelyabinsk, Russia, almost exactly five years ago, in 2013," Paul Chodas, manager of the Center for Near-Earth Object Studies at NASA's Jet Propulsion Laboratory (JPL), was quoted as saying in a statement.

"Asteroids of this size do not often approach this close to our planet - maybe only once or twice a year." ■