Scientists made colourful chocolate without colourants 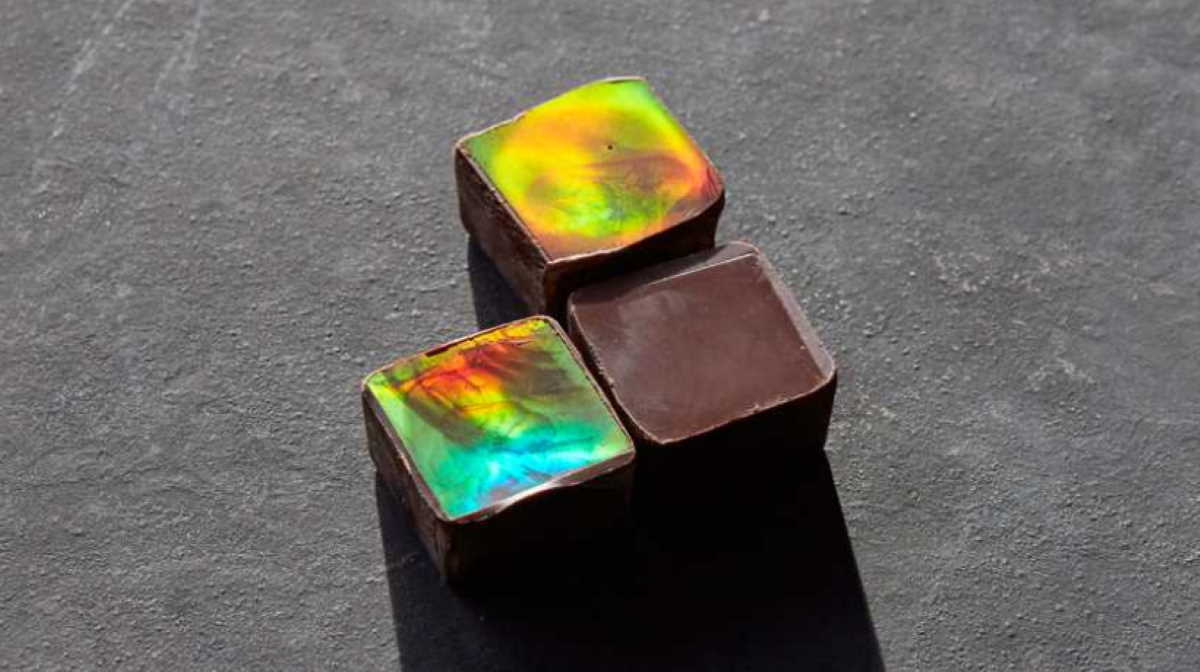 The chocolate shimmers in dynamically changing rainbow colours. It seems to glow in the light. A group of scientists from ETH Zurich and FHNW University of Applied Sciences and Arts Northwestern Switzerland have recently filed a patent for this process.

Traditional methods for colouring chocolate have been around for a long time. But the ETH researchers are able to create the rainbow effect without artificial colourants. The effect is achieved simply through a surface imprint that produces what the scientists refer to as a structural colour. The process is similar to a chameleon, whose skin surface modulates and disperses light to display specific colours.

The breakthrough comes with the help of the materials science student Anita Zingg, who is testing the new technique as part of her master’s project. After a few attempts, it works: an initial colourful shimmer appears on the chocolate. The scientists refine the method, and the shimmer becomes a glow.

Now the group can also draw on the support of two experts in surface coatings at the FHNW University of Applied Sciences and Arts Northwestern Switzerland. Per Magnus Kristiansen and Jerome Werder are developing a mould that makes it possible to imprint more than one chocolate at a time with a structural colour.

The discovery is ready to be scaled up for industry. The scientists are in discussions with major chocolate producers and plan to establish a spin-​off company soon. ■