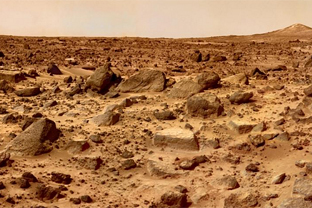 Russia plans to launch several Moon and Mars missions in the next few years, said Victor Khartov, head of the Lavochkin aerospace company.


"In 2015, we plan the Luna-Glob mission," Mr. Khartov told a scientific gathering here, adding that new engineering solutions will be sought for future lunar missions. According to him, in 2016 Russia will launch the Luna-Resurs-1 Moon orbiter, which will be followed by Luna-Resurs-2 vehicle. The latter will land near the Moon's South Pole to drill the soil and bring it back to Earth

In 2018, Russia intends to launch a 2-ton probe carrying a 300-kg Martian rover built by the European Space Agency. Khartov also revealed Russia plans its own Boomerang mission to the Martian satellite Phobos by 2020.

After 2020, the Lavochkin company envisages construction of a Venera-D probe for explorations of Venus. The probe should survive on the extremely hot planet's surface for about 24 hours, Mr. Khartov said.