Christian Fernsby ▼ | July 23, 2020
RMS Titanic, Inc. reports that the United States District Court for the Eastern District of Virginia has issued an order providing RMST the opportunity to conduct an expedition to recover the wireless Marconi telegraph from inside the RMS Titanic. 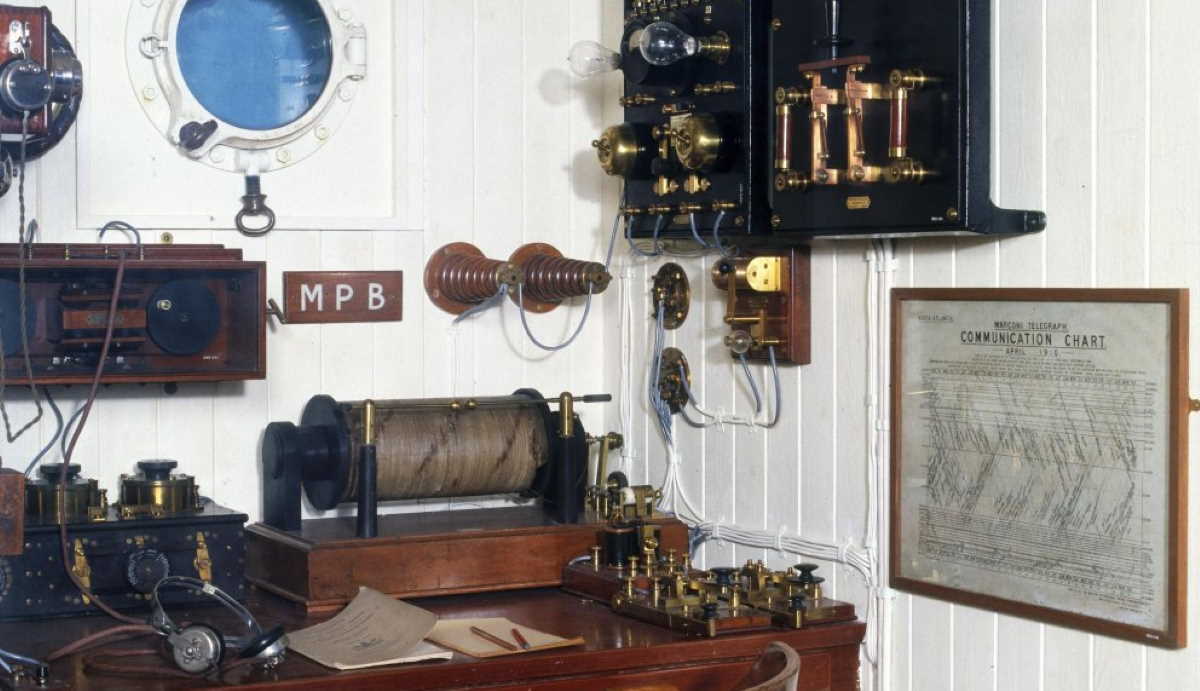 Marconi   Titanic telegraph
One of the first of its kind, the Marconi wireless telegraph was instrumental in saving more than 705 passengers from the frigid Atlantic in April 1912.

RMST has worked to bolster its partnerships in the Titanic historical and educational communities worldwide, and to demonstrate its commitment to continue serving as a worthy steward of the wreck, as it has for the last two decades.

This historic ruling reflects the newly garnered support of the broader community and provides RMST the priceless opportunity to rescue the Marconi device for future generations. This device is considered by many as the voice of Titanic and a tangible link to Titanic's past. RMST appreciates the opportunity the Court has provided it, to honor the memory of Titanic, and all those impacted by her loss.

"It is important to RMS Titanic, Inc. that the recovery of the Marconi is part of educational outreach programs in schools. We are diligently working with multiple school districts to bring both our data and expertise to students so they can be a part of history and follow along as we endeavor to make this complex recovery," continues Hunchak.

"Titanic is a story about human error, hope, and overcoming adversity. Its lessons are all too relevant in this modern era and RMST intends to use these tools to educate the next generation. Titanic is a human story, etched into popular culture over a span of 100 years. It not only resonates with a wide range of students but allows educators to relate to modern frailties, how to recover, and persevere. There is no story that encapsulates this better than Titanic and her Marconi radio."

On April 14th, 1912, the day before Titanic sank, the Ship's emergency Marconi radio had lost its voice. According to the Marconi Company protocol, its radio operators aboard the ship were directed to leave the fragile system for professionals to repair once they reached port.

However, onboard Marconi radio operators, Jack Phillips and Harold Bride, decided to ignore protocol and worked for hours to nurse the wounded system back to health, giving the Ship back it's far-reaching voice, the only source of communication to the outside world - just hours before they struck the iceberg that would eventually pull their Ship into the sea and leave over 700 men, women, and children stranded in lifeboats desperate for rescue.

Just minutes after Titanic fatally struck the iceberg that day, the Marconi's voice was heard screaming out loud over the frigid sea, calling for help to all who would listen. Within 17 minutes, the SS Carpathia had heard the Marconi's call, reversed course, full steam ahead to the aid of the sinking ship.

But with the SS Carpathia nearly four hours away, the Marconi continued in its desperate cry for help. Even when the system's 25-year-old chief operator, Jack Phillips, had been relieved from his post and could have survived like his co-worker Harold Bride, he instead heroically stayed with the Marconi, calling out for help on behalf of the ship's survivors until the power failed three minutes before the ship plunged into the icy depths. ■