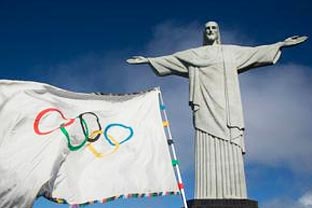 The head of Olympic summer sports federations called for urgent action to tackle the critical delays facing the 2016 Games in Rio de Janeiro.


In an interview with The Associated Press, Francesco Ricci Bitti said Rio's troubled preparations are reaching a stage where some sports may need to consider "Plan B" options for their venues.

"It's getting very serious," Mr. Ricci Bitti said. "We have an organizing committee with good people but without the leverage to cope with the problem. We are scared. This is not a country like China where you can ask people to work by night. In Brazil, this could not happen. The government has to change speed."

Mr. Ricci Bitti heads the Association of Summer Olympic International Federations, which represents the 28 sports in the Rio Games. He also leads the International Tennis Federation and serves on the IOC coordination commission for Rio, which made its latest visit to Brazil two weeks ago.

"We can be flexible in the infrastructure but surely not in the sports venues, and we are at risk at sports venues," Mr. Ricci Bitti said. "Even for the ones that don't consider themselves at risk, we don't see a sense of urgency."

The timetables are so tight that backup plans may need to be considered by some sports, he said. "We have to sit down and to start looking at some Plan B." "We need to act now because if we wait another six months, as it could be looking at the inactivity of the government, I think it will become very serious. The organizing committee is doing its best, but the government is not supporting enough." ■

Mexico and France to seek ways to strengthen cooperation

Hubble celebrates its 30th anniversary
Ancestor of all animals identified in Australian fossils
Pianist comforts blind elephants in Thailand playing classical music
The more information, the better? No, absolutely not