Christian Fernsby ▼ | April 29, 2020
The largest ever hole that has been detected in the ozone layer over the Arctic has closed just weeks after its sudden formation. 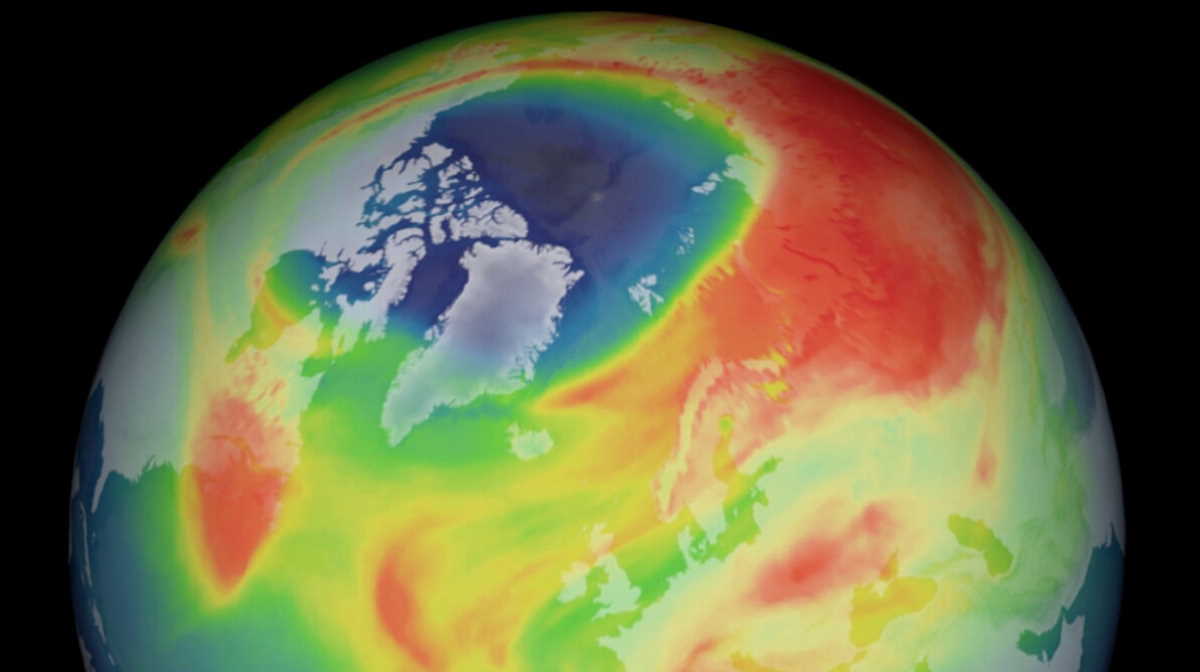 Gone   Ozone hole above Arctic
It reached its peak size in March, and, according to scientists working at the Copernicus' Atmosphere Monitoring Service (CAMS), the hole wasn't man-made.

Instead it was the result of a particularly strong polar vortex over the Arctic.

Ozone holes are typically spotted developing above Antarctica, which is normally colder than the north pole, and are seasonal. They are rare in the Arctic.

But when temperatures dip low enough they can lead to the formation of polar stratospheric clouds (PCS) which can activate ozone-depleting chemicals in the atmosphere. ■