Christian Fernsby ▼ | April 5, 2020
Since 2011, British musician Paul Barton has played the piano for old and sick elephants living in a sanctuary in Thailand. 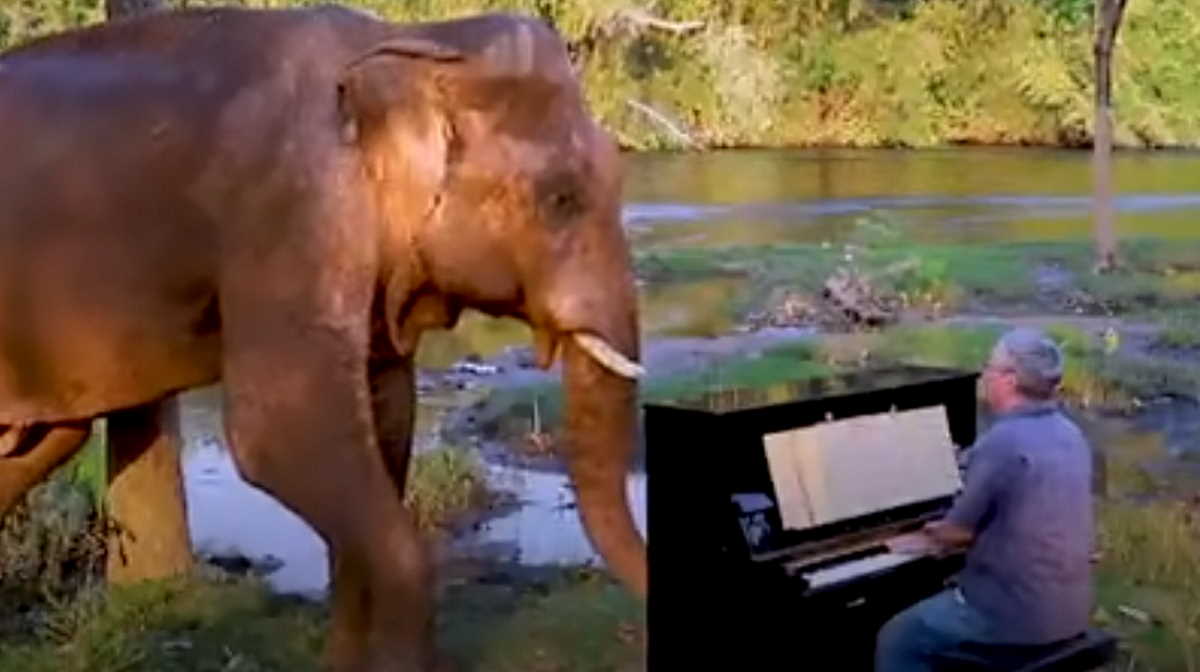 A piano in a sanctuary   Paul Barton
Since 2011, Barton used his piano in a wildlife sanctuary for old and injured elephants. He spends his time playing everything from Bach to Beethoven for elephants, many of which are blind.

The idea first came to Barton, who made the permanent move to Thailand after falling in love with his wife, while making a video for his YouTube on the River Kwai Bridge.

It was there that elephant-lover Barton found out about Elephants World. This retirement sanctuary cares for old, injured and handicapped elephants who once worked on the street or in the logging industry. After asking the then-manager if he could play the piano for the elephants, Barton set about giving his first concert.

What happened when Barton began to play for the first time was something the musician will never forget. “The first time I played piano at Elephants World, a blind elephant called Plara was closest to the piano by coincidence,” shared Barton.

“He was having his breakfast of bana grass, but when he heard the music for the first time, he suddenly stopped eating with the grass protruding from his mouth and stayed motionless all through the music.”

Plara, who has since passed, isn’t the only elephant to enjoy the music. In fact, Barton notes that almost all elephants have some sort of reaction. The music itself appears to attract them, as many come wandering in for a listen once the music begins.

Some, like a blind elephant named Lam Duan, sway gently to the rhythm of the song. Others hold their trunk in their mouth as they listen, and some even drape their trunk on the piano or begin to sing along.

For Barton, this work is part of an effort to give comfort to these animals, who are often suffering thanks to abuse inflicted by their former owners. “All I can think of is that we work to make the lives of domesticated elephants better in the ways we can,” explains Barton.

“Elephants are emotional animals, and I am only following my instincts playing classical piano music for some of the elephants, mainly blind elephants. I am just trying and learning.”

Barton publishes videos of these incredible moments to his YouTube channel, which has over 300,000 subscribers. Each of the videos is a moving look at how music influences these animals. Appearing almost human in their enjoyment of the piano, the elephants show how Barton’s work is a bridge that brings together humans and animals. ■

Japan to stock up on anti-flu medicine Avigan