New collection of stars, not born in our galaxy, discovered in Milky Way

Christian Fernsby ▼ | July 9, 2020
Astronomers can go their whole career without finding a new object in the sky. 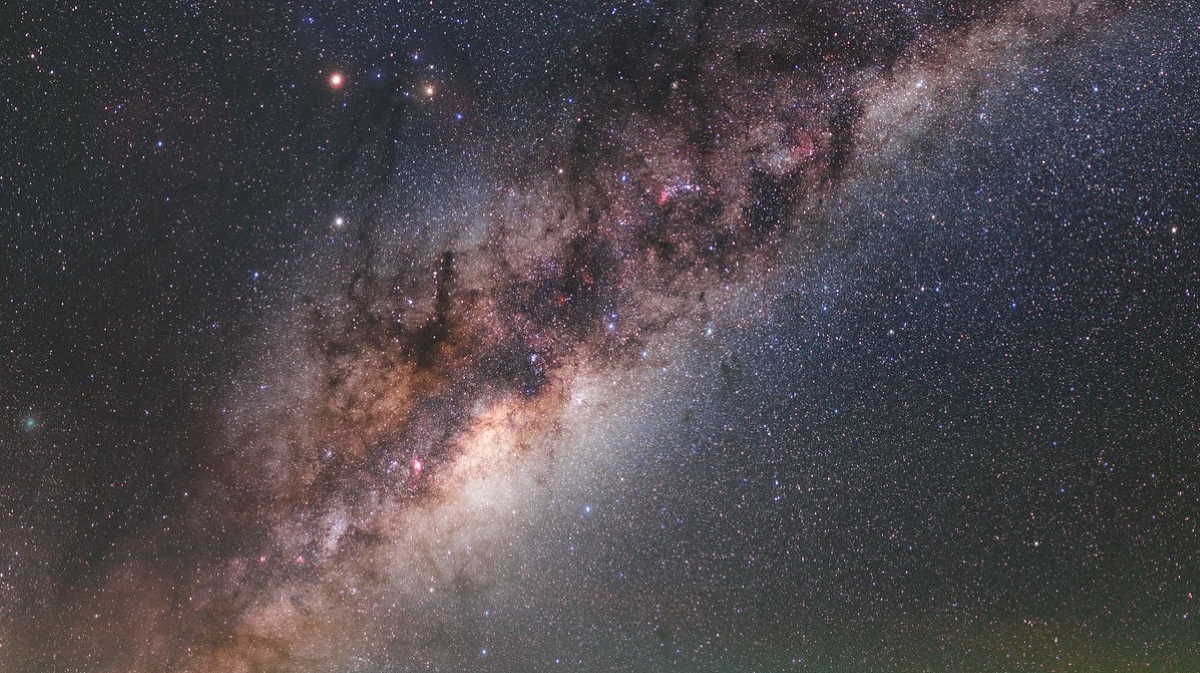 Astronomers   Milky Way
But for Lina Necib, a postdoctoral scholar in theoretical physics at Caltech, the discovery of a cluster of stars in the Milky Way, but not born of the Milky Way, came early with a little help from supercomputers, the Gaia space observatory, and new deep learning methods.

Writing in Nature Astronomy this week, Necib and her collaborators describe Nyx, a vast new stellar stream in the vicinity of the Sun, that may provide the first indication that a dwarf galaxy had merged with the Milky Way disk. These stellar streams are thought to be globular clusters or dwarf galaxies that have been stretched out along its orbit by tidal forces before being completely disrupted.

The discovery of Nyx took a circuitous route, but one that reflects the multifaceted way astronomy and astrophysics are studied today.

Necib studies the kinematics or motions of stars and dark matter in the Milky Way. "If there are any clumps of stars that are moving together in a particular fashion, that usually tells us that there is a reason that they're moving together."

Since 2014, researchers from Caltech, Northwestern University, UC San Diego and UC Berkeley, among other institutions, have been developing highly-detailed simulations of realistic galaxies as part of a project called FIRE (Feedback In Realistic Environments).

These simulations include everything scientists know about how galaxies form and evolve. Starting from the virtual equivalent of the beginning of time, the simulations produce galaxies that look and act much like our own.

"We've assumed that the Milky Way had a quiet merger history, and for a while it was concerning how quiet it was because our simulations show a lot of mergers. Now, with access to a lot of smaller structures, we understand it wasn't as quiet as it seemed. It's very powerful to have all these tools, data and simulations. All of them have to be used at once to disentangle this problem. We're at the beginning stages of being able to really understand the formation of the Milky way." ■

RMS Titanic, Inc. on recovery mission to save Marconi Wireless Telegraph
Old mobile in France may be sent in mail to have them recycled or refurbished
Russian scientists confirm traces of organic life in meteorite
Human activities promote mosquitoes