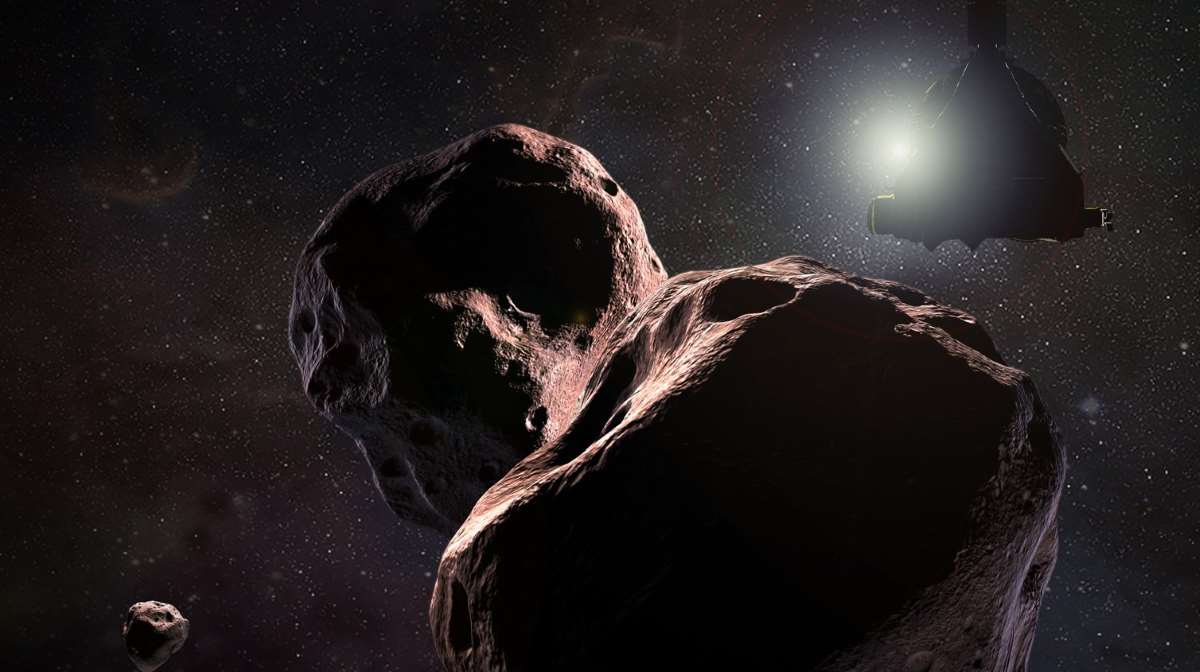 It was seen by the Long Range Reconnaissance Imager (LORRI) aboard NASA's New Horizons as the spacecraft sped toward its close encounter with the Kuiper Belt object at 12:33 a.m. eastern time (0533 GMT) on Jan. 1.

The New Horizons science team will use these images to help determine the three-dimensional shape of Ultima Thule in order to better understand its nature and origin.

New Horizons downlinked the two highest-resolution images in this movie immediately after the Jan. 1 flyby, but the more distant images were sent home on Jan. 12-14, after a week when New Horizons was too close to the Sun for reliable communications.

New Horizons will continue to transmit images and data for the next months, said the team.

The New Horizons mission, launched in January 2006, aims to understand worlds at the edge of the solar system by making the first reconnaissance of the dwarf planet Pluto, and by venturing deeper into the distant, mysterious Kuiper Belt - a relic of solar system formation. ■

Malaysia sends letter to France over declassification of palm oil

Nanosatellite initiative planned for Mexico
U.S.-Russian crew blast off for space station
Scientists have discovered the origins of the building blocks of life
4-billion-year-old organic molecules discovered in Martian meteorites