Nasa tracking asteroid that could hit Earth in May 2022

Christian Fernsby ▼ | November 14, 2019
The American space agency NASA is keeping a close eye on a massive asteroid that could eventually smash into Earth. 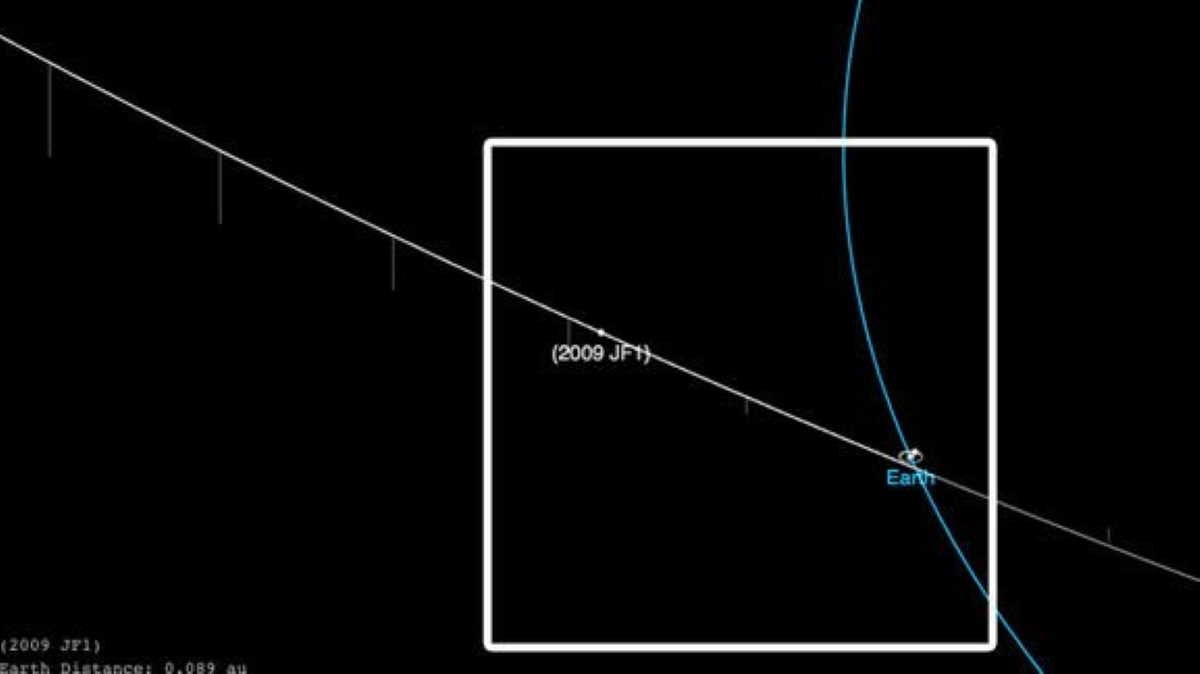 From space   Asteroid JF1
The asteroid, known as JF1 is designated a ‘near-Earth object’ (NEO) meaning it orbits the sun and comes close enough to our planet to cause concern.

‘Some asteroids and comets follow orbital paths that take them much closer to the Sun and therefore Earth than usual,’ Nasa explained.

‘If a comet’s or asteroid’s approach brings it to within 1.3 astronomical units of the Sun, we call it a Near-Earth object.’ Experts believe that JF1 measures around 130 meters in diameter and believe it’s about the size of the Great Pyramid of Giza in Egypt.

The asteroid JF1 was first discovered back in 2009 and Nasa’s Jet Propulsion Laboratory has been watching it for the last decade.

The space agency has tasked its automated asteroid watching system known as Sentry with keeping an eye on it.

‘Sentry is a highly automated collision monitoring system that continually scans the most current asteroid catalogue for possibilities of future impact with Earth over the next 100 years,’ Nasa said.

They believe, were it to strike Earth, it would be the equivalent to detonating 230 kilotonnes of TNT.

That kind of a detonation would dwarf the force of the Hiroshima atomic bomb in 1945, which exploded with the force of 15 kilotonnes of TNT. ■

Oil demand to hit plateau around 2030