Christian Fernsby ▼ | December 16, 2019
The launch of Boeing's Orbital Flight Test (OFT) to the International Space Station, as part of NASA's Commercial Crew Program, is targeted for 6:36 a.m. EST Friday, Dec. 20. The uncrewed flight test will be the Boeing CST-100 Starliner's maiden mission to the space station. 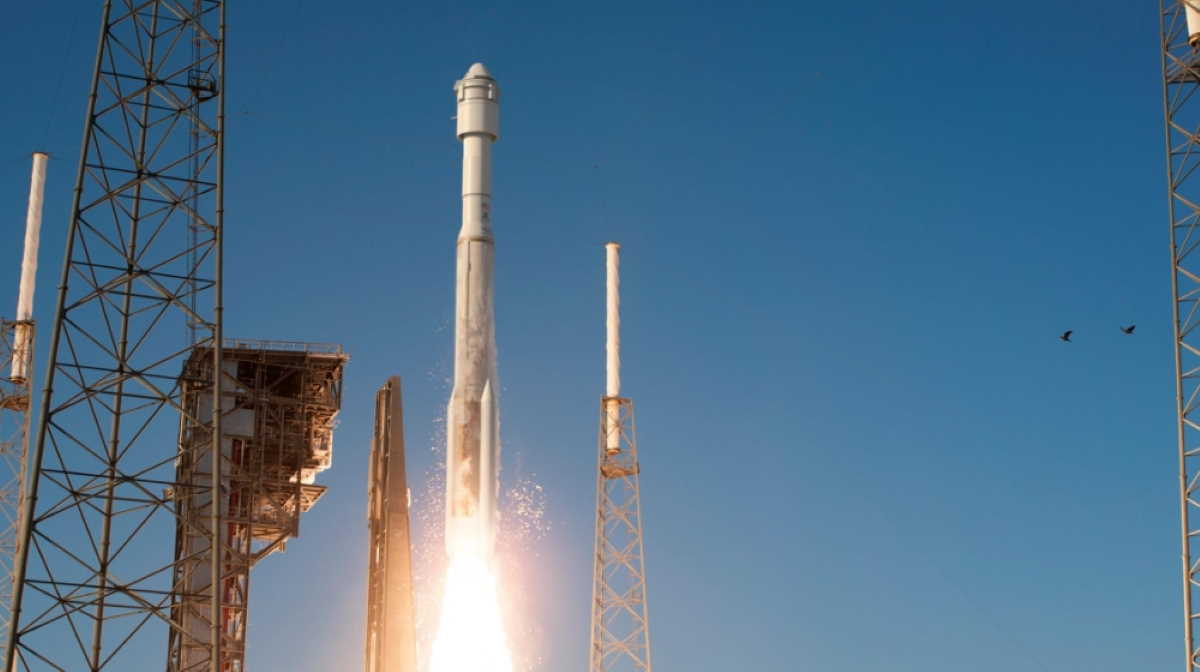 Starliner will launch on a United Launch Alliance Atlas V rocket from Space Launch Complex 41 at Cape Canaveral Air Force Station in Florida. About 31 minutes after launch, Starliner will reach its preliminary orbit. It is scheduled to dock to the space station at 8:08 a.m. Saturday, Dec. 21. Starliner will carry about 600 pounds of crew supplies and equipment to the space station and return some critical research samples to Earth with a parachute-assisted landing at White Sands Missile Range, New Mexico at 5:47 a.m. Saturday, Dec. 28.

The flight test will provide valuable data on the end-to-end performance of the Atlas V rocket, Starliner spacecraft, and ground systems, as well as in-orbit, docking and landing operations. The data will be used as part of NASA's process of certifying Boeing's crew transportation system for carrying astronauts to and from the space station. NASA's Commercial Crew Program is working with the American aerospace industry through a public-private partnership to launch astronauts on American rockets and spacecraft from American soil for the first time since 2011. ■

Margaritaville Hotel Nashville opens in the heart of Music City