NASA to develop world's most powerful rocket for Mars

Staff writer ▼ | September 8, 2014
NASA has approved the development of the world's most powerful rocket, designed to take humans beyond Earth orbit and to Mars. 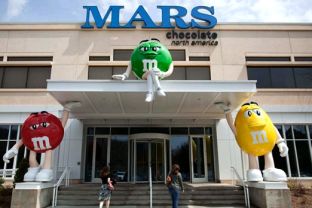 By 2018   A 70-metric ton version of the SLS
NASA officials announced they have completed a rigorous review of the Space Launch System (SLS), the heavy-lift, exploration class rocket under development, and approved the program's progression from formulation to development, something no other exploration class vehicle has achieved since the US space agency built the space shuttle.

"We are on a journey of scientific and human exploration that leads to Mars, and we're firmly committed to building the launch vehicle and other supporting systems that will take us on that journey," NASA Administrator Charles Bolden said at a media teleconference to discuss the agency's progress on the Space Launch System (SLS).

For its first flight test, SLS will be configured for a 70-metric-ton lift capacity and carry an unmanned Orion spacecraft beyond low-Earth orbit. In its most powerful configuration, SLS will provide an unprecedented lift capability of 130 metric tons, which will enable missions even farther into solar system, including such destinations as an asteroid and Mars.

This decision comes after a thorough review known as Key Decision Point C (KDP-C), which provides a development cost baseline for the 70-metric ton version of the SLS of $7.021 billion. ■

Deutsche Telekom: Fixed and mobile networks are becoming one