Staff Writer | May 4, 2018
The National Aeronautics and Space Administration (NASA) announced the successful testing of a uranium-fuelled Stirling engine for use in possible future missions to Mars. 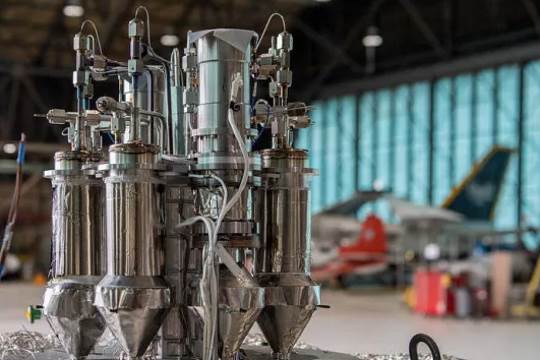 Technology   A demonstration of the Kilopower technology
Testing of the Kilopower reactor - which could be used to provide power to missions to the Moon, Mars and beyond - began at NASA's Nevada National Security Site in November 2017 and was completed in March.

Reactor heat is transferred via passive sodium heat pipes, with the heat then converted to electricity by high-efficiency Stirling engines. Such engines use heat to create pressure forces that move a piston, which is coupled to an alternator to produce electricity.

A demonstration of the Kilopower technology - referred to as the Kilopower Reactor Using Stirling Technology (Krusty) experiment - was conducted jointly by NASA and the Department of Energy's National Nuclear Security Administration (NNSA).

The experiment was conducted in four phases. The first two - conducted without power - confirmed that each component of the system behaved as expected. During the third phase, power was incrementally increased to heat the core before moving to the final phase.

This was a full-power test lasting some 28 hours that simulated a mission, including reactor startup, ramp to full power, steady operation and shutdown.

Throughout the experiment, the team simulated power reduction, failed engines and failed heat pipes, showing that the system could continue to operate and successfully handle multiple failures. ■

Despite all efforts opioid crisis continues