Staff writer ▼ | January 29, 2015
NASA has discovered a tiny moon 70 meters (230 feet) in diameter circling the asteroid that passed very close to Earth earlier this week, a situation that occurs in just 16 percent of the cases of known asteroids. 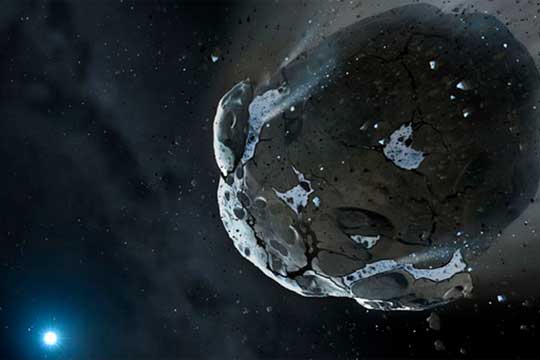 Space   An asteroid passed very close to Earth
The Deep Space Network antennas in California that registered the passage of Asteroid 2004 BL86 also detected another much smaller celestial body accompanying it, suggesting that the latter is a moon of the asteroid.

The tiny moon is orbiting the asteroid, which itself is only 325 meters (about 1,060 feet) in diameter.

Just 16 percent of near-Earth asteroids that are larger than 200 meters (656 feet) in diameter are binary or triple systems, with one or two smaller bodies orbiting the central mass.

On Monday, BL86 passed relatively close to Earth in celestial terms – 1.2 million kilometers (744,000 miles), or 3.1 times the distance from Earth to the Moon – and so NASA was able to easily photograph it with a resolution of 4 meters (13 feet) per pixel.

NASA says that BL86’s orbit brought it closer to Earth than any asteroid of that size since 1999.

The U.S. space agency, which released an explanatory video on the matter, said that its asteroid detection systems and ability to calculate the trajectories of the celestial bodies are the most precise ever, enabling the United States to detect 98 percent of all the objects orbiting the Sun close to our planet that have been discovered to date.

BL86 was discovered in 2004 by the Lincoln asteroid research center, or LINEAR, which using a radar system in New Mexico can detect space objects that could pose a potential danger to life on Earth and determine their size, composition, rotation and trajectory. ■

Iran seeks final nuclear deal but not at any cost