Staff Writer | November 16, 2016
If the Mississippi River continues to go unchecked, the farmland on Dogtooth Bend peninsula may be only accessible by boat. 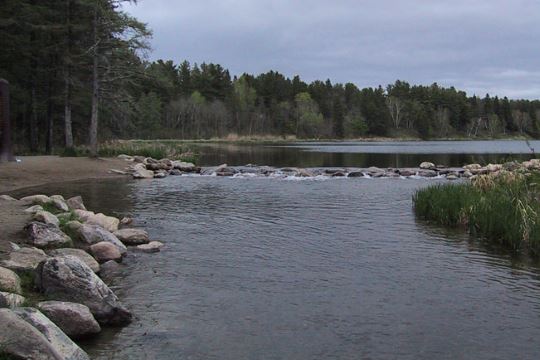 This floodwater shortcut threatens to permanently reroute the Mississippi River, leaving Dogtooth Bend an island rather than a peninsula.

U of I researcher Ken Olson and his colleague from Iowa State University, Lois Wright Morton, have studied the seasonal Mississippi River flooding for over a decade.

They've paid particularly close attention to the damages caused by major flooding events in 1993, 2011, and most recently in January 2016.

"Approximately 15,000 acres of farmland in the Dogtooth Bend area would no longer be accessible by road if the Mississippi River is allowed to realign naturally. In some cases the land use would likely shift from agriculture to other uses," Olson explains.

This suggests that unexpected above-average rainfall events in the Ohio and Mississippi River basins will continue to increase the frequency of extreme flooding events.

"The 2016 Len Small levee breach was much more severe than 2011 because of its location," says Olson. "The fast-moving river cut a 1-mile long breach in late December through early January, scouring out a crater lake and deep gullies info adjacent farmland.

"The southeast flow of the Mississippi River created a new channel connecting the old channel with the main stem of the river."

Olson says Dogtooth Bend farmers and landowners, members and staff of the Len Small Levee and Drainage District, community and state-level leaders, and the U.S. Army Corps of Engineers have some difficult decisions ahead in repairing the current landscape and preparing for future flood events - decisions that affect future land uses, resource allocations, and the livelihoods of the people of southern Illinois. ■