'Tough' bacteria may enable people to breathe on Mars

Staff Writer | June 15, 2018
An international study involving Australian scientists discovered bacteria that are able to function in low light and endure hostile conditions, the traits of which may help humans colonize Mars and identify alien life. 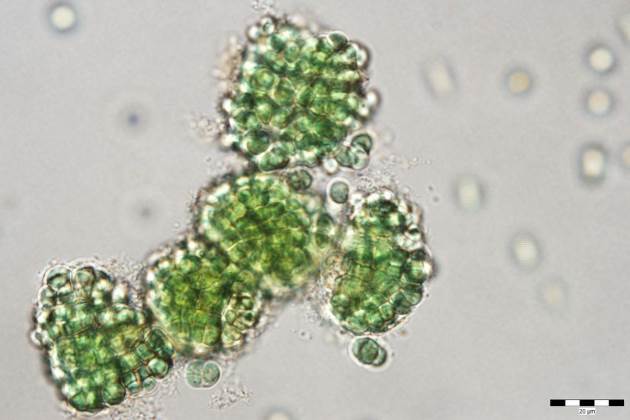 Space   Chroococcidiopsis is promising bacteria
The study, which involved Australian National University (ANU) researchers, found the photosynthesis process of a cyanobacteria known as Chroococcidiopsis, which has existed on Earth for more than 2.5 billion years, could hold the key to generating oxygen on other planets.

Whereas normal bacteria used sunlight to turn water into oxygen, Chroococcidiopsis can carry out its photosynthesis process in the same kind of dimly lit conditions which are found on Mars.

Scientists from the ANU said they were hopeful that understanding how the bacteria worked could help them to produce oxygen and create pockets of life on other planets.

"This might sound like science fiction, but space agencies and private companies around the world are actively trying to turn this aspiration into reality in the not-too-distant future," ANU researcher Elmars Krausz said in a press release on Friday morning.

"When the light level is low and when there's only red light, they turn on an entirely different efficient photosynthetic engine.

"Photosynthesis could theoretically be harnessed with these types of organisms to create air for humans to breathe on Mars."

Certain types of cyanobacteria have been found in harsh environments such as Antarctica and the Mojave Desert in the United States, and have even survived testing outside the International Space Station in outer space.

Jennifer Morton from the ANU's Research School of Chemistry, said studying red chlorophylls, which allowed the bacteria to function under harsh conditions, could also lead to the discovery of alien life.

"Chlorophyll adapted to absorb visible light is very important in photosynthesis for most plants, but our research identified the so-called 'red' chlorophylls as critical components in photosynthesis in low-light conditions," Morton said on Friday morning.

"Searching for the signature fluorescence from these pigments could help identify extra-terrestrial life." ■