Staff Writer | December 6, 2016
Flooding across parts of the UK last winter was the most extreme on record, experts said. 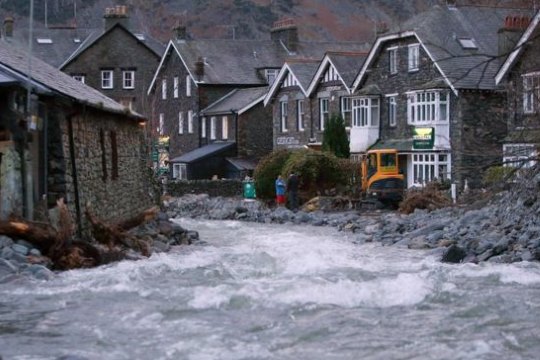 On the first anniversary of Storm Desmond, experts say November to January were the wettest three months since UK records began in 1910.

Storm Desmond began battering parts of the UK on December 5, depositing a record month's worth of rain on Cumbria in just one day. More than 700 families in Cumbria have still not been able to return to their homes.

About 5,200 homes were flooded in Cumbria and Lancashire, while tens of thousands more lost power after an electricity sub-station in Lancaster was flooded.

The storm caused an estimated insurance bill of more than £1.3bn. The appraisal of the winter floods of 2015-2016 reveals they rank alongside the devastating flooding of March 1947 as the largest event of the past century.