Staff writer ▼ | July 10, 2015
Indian Space Research Organisation (ISRO) has started the countdown for its Polar Satellite Launch Vehicle or PSLV for the commercial launch of five British Satellites to orbit. 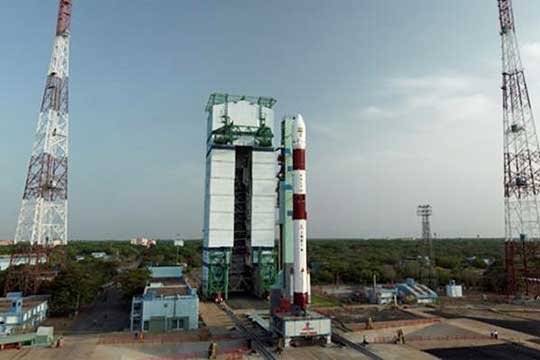 The satellites are built by Surrey Satellite Technology Limited in U.K and are aimed at imaging earth's surface, surveying of the resources and environment. The satellites are capable of managing urban infrastructure and monitoring of disasters.

India has proved its commercial capabilities with the launch of 40 foreign satellites to orbit, including the SPOT -7, a French satellite weighing 712 kilos launched last year.

The countdown, that would last for 62 hours and 30 minutes, was begun on July 8. During the countdown, fueling up of the engines and checking and re-checking will be done. The launch is scheduled on July 10.

The PSLV is 44.4 meters tall and weighs 320 tonnes. The four stage rocket has six strap on motors to provide the initial thrust. ■