India pushes Russia out of third place in billionaire ranking

Staff writer ▼ | February 4, 2015
India has edged out crisis-stricken Russia in a ranking of the world’s billionaires, for the first time claiming third place behind the United States and China. 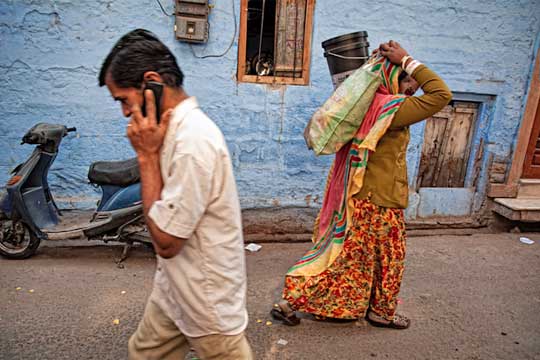 No Russian billionaires made the top 10    The US remained in the lead followed by China
There are now 93 Russians on the list, published by luxury publishing group Hurun Report, as opposed to 97 Indians.

The report said that ten Russians had lost their billionaire status over the past year as their assets' worth plunged under the weight of Western sanctions and steep falls in the price of oil, the country's top export.

India’s billionaire population rose by 27 over the same period. The United States remained in the lead with 537 billionaires followed by China with 430 according to the report, which offers a snapshot of global wealth distribution as of January 17 this year.

Not only did some Russians fall off the list, but 60 percent of those still on it saw their wealth fall sharply over the past year. Worst off was Vladimir Yevtushenkov — of oil-to-telecoms conglomerate Sistema — who lost 77 percent of his fortune, and Vagit Alekperov, the CEO of Russia’s No. 2 oil producer LUKoil, whose wealth dropped 73 percent.

No Russian billionaires made the top 10 list, which was led by Microsoft founder Bill Gates with a fortune of $85 billion, Mexican business magnate Carlos Slim with $82 billion and U.S. investor Warren Buffet with $76 billion.

The richest Russians on the list, Renova Group’s Viktor Vekselberg and Interros’ Vladimir Potanin, were tied for 60th place with $16 billion each.

Despite a tough year, Moscow remains second in the world for its population of billionaires with a total of 73 hyper-rich residents — just behind New York, with 91, and ahead of Hong Kong, with 71. The most popular sectors for accumulating a fortune in Russia are currently energy, real estate and financial services, the report said.

Internationally, the technology, media and telecoms industry came out on top for the second year in a row. Nearly 300 billionaires owe their fortunes to this industry, including 40 who made it onto the list for the first time this year.

The total number of billionaires in the world rose to 2089 this year, up 222 from 2014. At the same time, their total wealth dropped 1.5 percent to $6.7 trillion — which is still more than the gross domestic product of Japan and South Korea combined, the report said. ■