Staff Writer | June 29, 2017
Figures released on Wednesday show that hen harriers are dangerously close to becoming extinct in the England, as numbers fall once more and persecution of the birds continues. 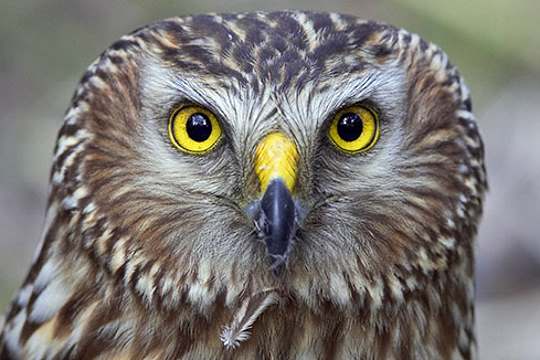 The vast majority of the UK’s hen harriers are in Scotland, which is home to 460 pairs of the birds.

In England, there were just four recorded pairs of the birds in 2016 (down from 12 in 2010), meaning they are once again perilously close to extinction in the country, having been wiped out on mainland Britain during the 19th Century.

In Wales, too, populations fell by a third, from 57 to 35 breeding pairs. Overall, hen harrier numbers have fallen by 27% (204 pairs) in the UK in the past twelve years.

The main driver of the decline is persistent illegal killing, often associated with driven grouse moor management, and especially prevalent in the north of England and mainland Scotland.

Changes in habitat and the availability of prey could also be having an effect, according to the RSPB, but persecution by people has been shown to have the greatest impact in previous research on the birds’ plight.

Last year, during a session in Parliament which scrutinised driven grouse shooting, bird conservation experts highlighted the systemic problems within the shooting community.

During an evidence gathering session in Parliament in October, famous naturalist Dr Mark Avery said, "The scale of wildlife crime is enormous. It’s not a few bad apples; you don’t get - from what ought to be 300 breeding pairs of hen harriers in England to three pairs this year - from a few bad apples. This is a massive problem.

"Hopefully you can see why I myself and maybe 123,000 other people have lost patience with an industry that can’t clean up its own act and are losing patience with a government that won’t act as well." ■