German Army: Don't make me use my broom! 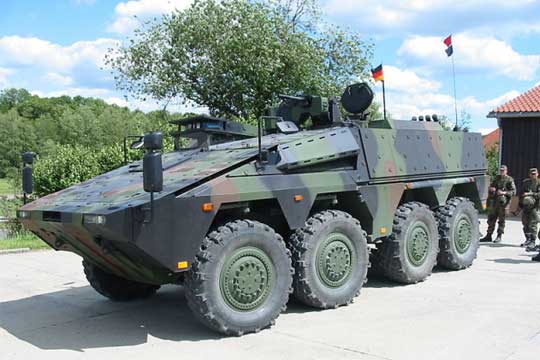 According to the report, the Bundeswehr units deployed as part of a test of NATO's Rapid Response Force in September were far from combat-ready: they deployed with less than a quarter of the night vision gear required.

The units were also missing 41 percent of the P8 pistols and 31 percent of the MG3 man-portable machine guns they were supposed to deploy with. And none of the GTK Boxer armored vehicles that deployed were equipped with their primary armament—the 12.7 mm M3M heavy machine gun.

According to a Defense Ministry spokesperson, Germany's contingent for the reaction force was fully equipped two weeks ago, and the vehicles that the Bundeswehr deployed to Norway didn't need to be armed—they were serving only as mobile command center vehicles. The spokesman told the German English-language news site The Local, "Why the soldiers still simulated a weapons system is professionally incomprehensible."

The German military as a whole suffers both from a shortage of equipment and general disrepair.

Germany spends less than most European countries as a percentage of its gross domestic product on defense, and as the chairman of Germany's Green Party, Cem Özdemir, noted in September, most of the Bundeswehr's equipment "could come from the junkyard," according to an article in Neue Osnabrücker Zeitung and that is more from poor management of spending, he insisted, than underfunding. ■