Fuel from waste of whisky-making to be reality

Staff writer ▼ | October 24, 2014
Researchers have been working to turn the waste from whisky-making into fuel and ultimately planning to make it a commercial reality. 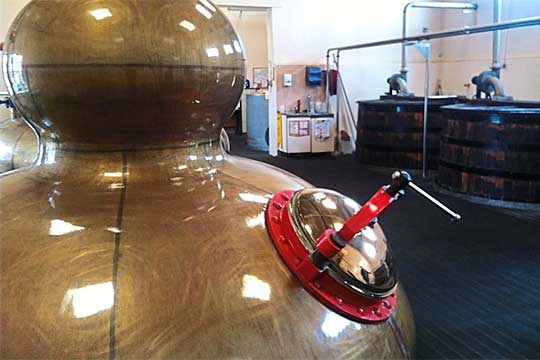 New approach   90% percent of ingredients is waste
Celtic Renewables has refined its process based on a century-old fermentation technique and is now taking the next step toward a commercial plant.

Making whisky requires three ingredients: water, yeast and a grain, primarily barley. But only 10 percent of the output would be whisky, and the rest would be waste.

Each year, the industry produces 500,000 metric tons of residual solids called draff and 1.6 billion liters of a yeasty liquid known as pot ale. These by-products are usually spread on agricultural lands, turned into low-grade animal feed or discharged into the sea.

Rather than inefficiently re-using these materials or letting them go to waste, Celtic Renewables has taken an old industrial process developed to turn molasses and other sugars into chemicals and fine-tuned it to convert draff and pot ale into acetone, 1-butanol and ethanol. The latter two could be used as fuel.

The company has been scaling up its process with the help of the U.K. Department of Energy and Climate Change, private funds and Bio Base Europe. If all goes well, a commercial facility could be next. ■