Staff Writer | July 7, 2018
Known as “Skyscraper (the Bruges Whale),” this massive sculpture was made using five tonnes of plastic waste removed from the Pacific and Atlantic Oceans. 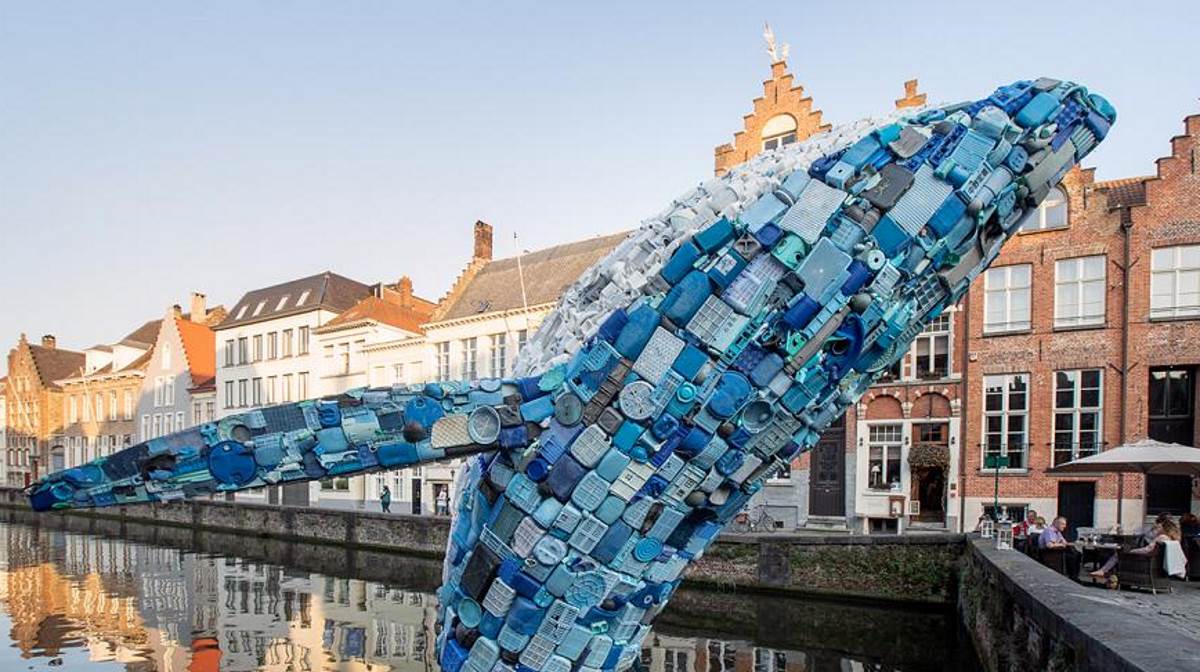 Ecology   The colossal installation leaps from the Bruges canal
It was developed as a reminder that 150 million tonnes of plastic waste still roam in our waters.

The colossal installation leaps from the Bruges canal with four stories worth of plastic reflecting in the calm waters. 'Skyscraper' is visible near Bruges' Jan Van Eyck statue as part of the Bruges Triennial 2018.

The title and theme of this year’s event is Liquid City—inspired by Bruges’ iconic waterways.

Its organisers approached Jason Klimoski and Lesley Chang of StudioKCA to create the art piece.

Klimoski and Chang, said they designed the sculpture to highlight the threat posed by plastic to marine ecosystems – a threat that was underlined in recent weeks by a pilot whale in Thailand that died after ingesting 80 plastic bags.

“A whale, breaching from the water, is the first 'skyscraper of the sea'", said Klimoski. "And as the largest mammal in the water, it felt like the right form for our piece to take in order to show the scope and scale of the problem.”

The artists' first idea was to consider the world’s largest source of water: how it connects, how the waste is produced and consumed in our cities, and how plastic waste ends up back in the ocean.

The studio collaborated with the Hawaii Wildlife Fund to gather the plastic used in the installation over the span of four months. They proposed collecting as much plastic waste out of the oceans that they possibly could and shape that waste into ‘Skyscraper’.

'Skyscraper' was selected along with 14 other installations, proposed by a select group of international artists and architects, to be brought to life for the triennial.

Scientists estimate that there are 150 million tons of plastic trash in the ocean right now, with an estimated 8 million tons added every year. That means, pound for pound, there is more plastic waste from our cities swimming in the ocean than there are whales. ■