First dogs in the Americas arrived from Siberia, disappeared after European contact

Staff Writer | July 6, 2018
A study reported in the journal Science offers an enhanced view of the origins and ultimate fate of the first dogs in the Americas. 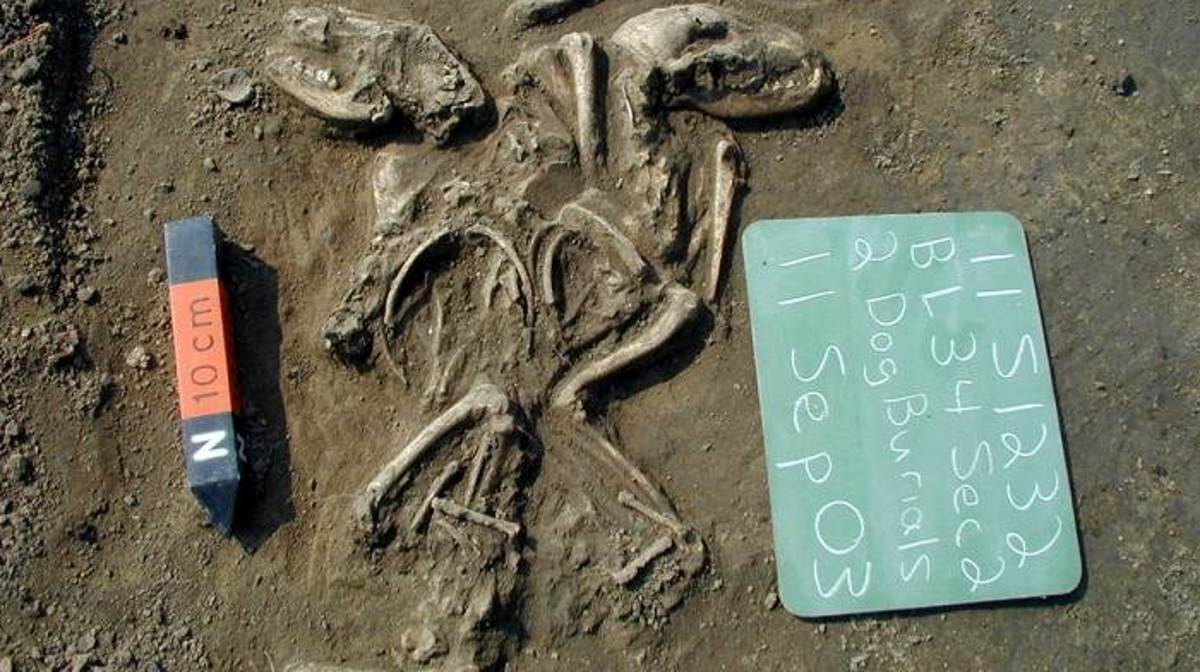 This is the first comprehensive genomic study of ancient dogs in the Americas to analyze nuclear DNA, which is inherited from both parents, along with mitochondrial DNA, which is passed down only from mothers to their offspring.

By comparing genomic signatures from 71 mitochondrial and seven nuclear genomes of ancient North American and Siberian dogs spanning a period of 9,000 years, the research team was able to gain a clearer picture of the history of the first canine inhabitants of the Americas.

The oldest dog remains in the Americas date to about 9,000 years ago, many thousands of years after people began migrating over a land bridge connecting present-day Siberia and Alaska. The ancient dogs analyzed in the new study likely originated in Siberia, the researchers found. The dogs dispersed to every part of the Americas, migrating with their human counterparts.

These dogs persisted for thousands of years in the Americas, but almost completely vanished after European contact, the researchers found.

"This suggests something catastrophic must have happened, and it's likely associated with European colonization," said senior lead author Laurent Frantz, a lecturer at Queen Mary University and co-investigator at the University of Oxford. "But we just do not have the evidence to explain this sudden disappearance yet."

"By looking at genomic data along with mitochondrial data, we were able to confirm that dogs came to the Americas with humans, and that nearly all of that diversity was lost - most likely as a result of European colonization," said Kelsey Witt, who led the mitochondrial DNA genome work as a graduate student in the laboratory of University of Illinois anthropology professor Ripan Malhi, who also is an author of the study.

"Few modern dogs have any trace of these ancient lineages," said Witt, now a postdoctoral researcher at the University of California, Merced.

The team also discovered that the genomic signature of a transmissible cancer that afflicts dogs appears to be one of the last "living" remnants of the genetic heritage of dogs that populated the Americas prior to European contact.

"This suggests that this tumor originated in or near the Americas," Witt said.

The new findings reinforce the idea that early human and dog inhabitants of the Americas faced many of the same challenges after European contact, Malhi said.

"It is known how Indigenous peoples of the Americas suffered from the genocidal practices of European colonists after contact," he said. "What we found is that the dogs of Indigenous peoples experienced an even more devastating history and a near-total loss, possibly as a result of forced cultural changes and disease." ■

Wolves understand cause and effect, dogs do not
Dogs were domesticated not once, but twice
Dogs are more expressive when someone is looking