Female toads seek a good man even if he's another species

Christian Fernsby ▼ | March 23, 2020
The one thing about species that most people probably remember from high school science class is that when it comes to sex, they generally stick to their own kind. Hybrids happen, but they are usually thought to be accidental, and the results typically have drawbacks, think of how a horse crossed with a donkey results in a sterile mule. 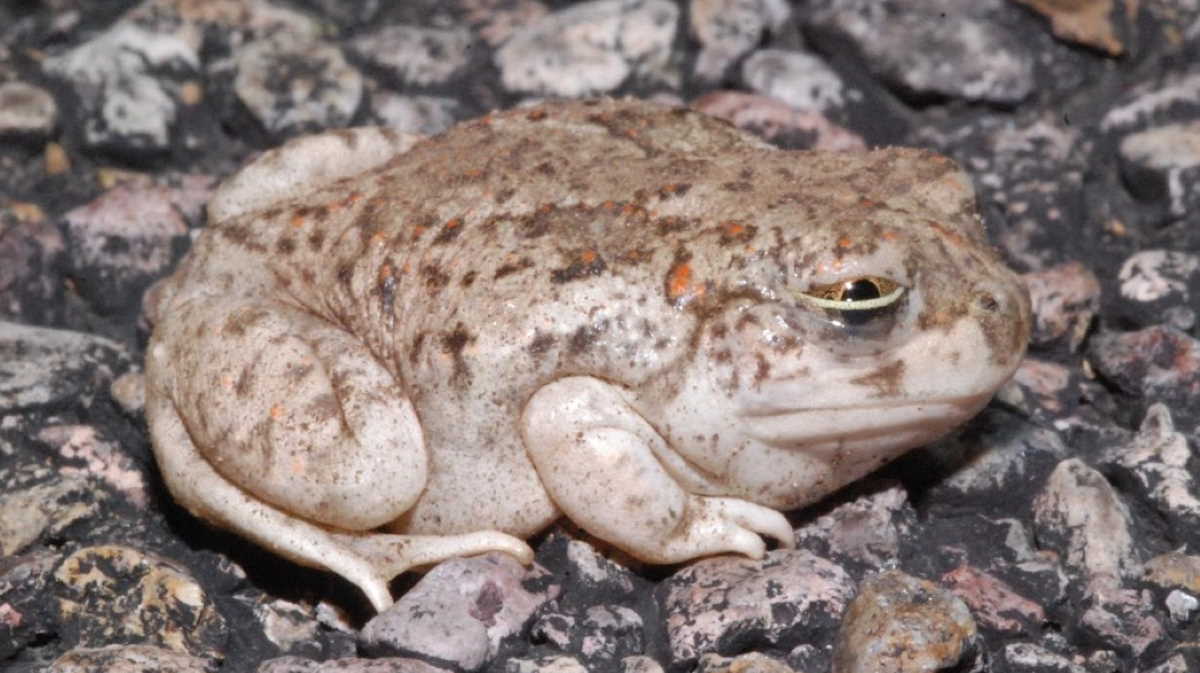 Toads   Mexican spadefoot toad
But the reality is more complicated than that. Karin Pfennig, an evolutionary biologist at the University of North Carolina at Chapel Hill, has for years been observing something strange in the southwestern U.S. Female plains spadefoot toads sometimes choose to ignore the males of their own species, and instead mate with males from a closely related species, the Mexican spadefoot toad.

The toads do this under very specific circumstances, said Catherine Chen, a behavioral ecologist who works in Pfennig's lab. Their tadpoles grow up in temporary ponds, and when the ponds are particularly shallow the female plains spadefoots prefer to mate with Mexican spadefoots. This seems to give their offspring a better chance of survival.

"Hybrid tadpoles develop more quickly, so they are more likely reach maturity before the shallow ponds dry up," said Chen.

Now, Chen and Pfennig have found that the female plains spadefoots don't just choose their cross-species dates at random; they look for specific traits that signal they are getting a high-quality mate. They say it is the first time that such cross-species sexual selection has been observed in animals. The work is published today in the journal Science.

In previous mating experiments, the researchers had discovered that hybrid offspring whose fathers' mating call had a slower "pulse rate"—the trilling quality of the call—tended to do better than those whose father had a fast pulse rate. "We wondered, do the females care? Can they tell the difference between high- and low-quality males?" said Chen.

So they placed female plains spadefoots in a simulated pond in the lab, and played recordings of Mexican spadefoot males with different pulse rates. They found that the females did indeed prefer to seek out the males with slower pulse rates.

Chen says they are not sure why males with slower pulse rates make better mates for plains spadefoot females. "Maybe a slower pulse rate means they're in better condition or is associated with certain genes linked to fitness, but we can't say for sure right now," she said.

Interestingly, Mexican spadefoot females have a different idea of what makes a good mate. They don't pay any attention to the pulse rate of the males' call, and instead focus on overall call rate, preferring mates that make more calls in a shorter amount of time—maybe because that takes more energy and so indicates good health.

The hybrid toads that result from crosses between plains females and Mexican males look different from purebred toads, but they are not in the process of forming a new species, said Chen. Hybrid males are sterile, and the hybrid females can mate with either parent species. The researchers don't yet know if these hybrid females have a preference for one or the other, or whether that preference might change under different circumstances.

Marlene Zuk, an evolutionary biologist at the University of Minnesota in St. Paul, says the boundaries between species have always been fuzzier than what most people assume, and the toads' situation is probably not that unique.

"The idea that there is hybridization going on and that it does not result in everyone being struck by lightning is not completely novel," she said. What is new, however, is the idea of females of one species exerting sexual selection on the males of another species—especially by selecting for traits that are different from those preferred by that species' own females. "You've got this whole separate process going on that is independent of what females of that species are doing," she said.

This shows that the effects of hybridization can be much bigger and more important in the development of a species than many biologists thought, said Chen. "We usually think of hybridization as random, and usually bad," she said. "But it doesn't have to be. It can have important evolutionary and ecological effects." ■