Doubts about basic assumption for universe

Christian Fernsby ▼ | April 10, 2020
No matter where we look, the same rules apply everywhere in space: countless calculations of astrophysics are based on this basic principle. 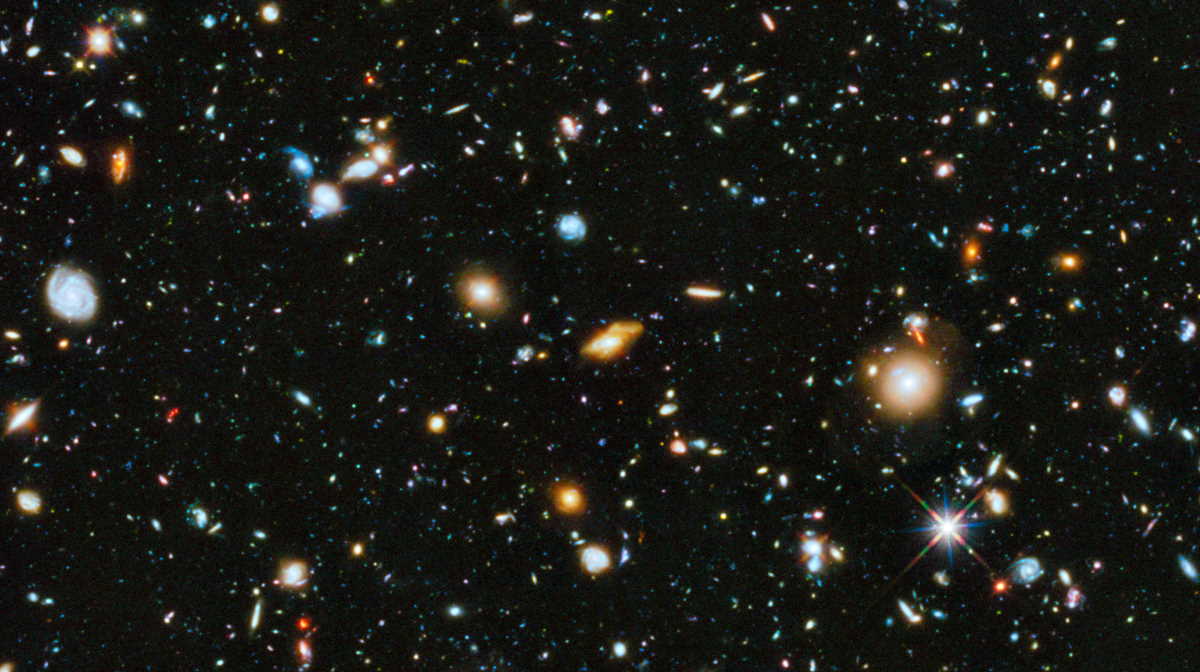 Doubts   Universe
A recent study by the Universities of Bonn and Harvard, however, has thrown this principle into question.

Should the measured values be confirmed, this would toss many assumptions about the properties of the universe overboard.

The results are published in the journal Astronomy & Astrophysics, but are already available online.

Since the big bang, the universe has swollen like a freshly formed raisin roll put in a warm place to rise.

Until recently, it was thought that this increase in size was occurring evenly in all directions, as with a good yeast dough.

Astrophysicists call this "isotropy." Many calculations on the fundamental properties of the universe are based on this assumption.

It is possible that they are all wrong - or at least, inaccurate - thanks to compelling observations and analyses of the scientists from the Universities of Bonn and Harvard.

For they have put the isotropy hypothesis to the test for the first time with a new method that allows more reliable statements than before.

With an unexpected result: According to this method, some areas in space expand faster than they should, while others expand more slowly than expected.

"In any case, this conclusion is suggested by our measurements," states Konstantinos Migkas, from the Argelander Institute for Astronomy at the University of Bonn.

Migkas and his colleagues have developed a new, efficient isotropy test in their study.

It is based on the observation of so-called galaxy clusters - in a sense, the raisins in the yeast bun.

The clusters emit X-ray radiation that can be collected on Earth (in this case, this was done by the satellite-based telescopes Chandra and XMM-Newton).

The temperature of the galaxy clusters can be calculated based on certain characteristics of the radiation.

Also, their brightness can be measured. The hotter they are, the brighter they glow. In an isotropic universe, a simple rule applies. The further away a celestial object is from us, the faster it moves away from us.

From its speed, we can therefore deduce its distance from us, regardless of the direction in which the object lies.

At least that's what we thought until now.

"In reality, however, our brightness measurements seem to disagree with the above distance calculation," Migkas emphasizes.

This is because the amount of light that reaches the earth decreases with increasing distance.

So, anyone who knows the original luminosity of a celestial body and its distance knows how bright it should shine in the telescope image.

And it is precisely at this point that scientists have come across discrepancies that are difficult to reconcile with the isotropy hypothesis: that some galaxy clusters are much fainter than expected.

Their distance from Earth is probably much greater than calculated from their speed.

And for some others, however, the opposite is the case.

"There are only three possible explanations for this," states Migkas, who is doing his doctorate in the research group of Prof. Dr. Thomas Reiprich at the Argelander Institute.

"Firstly, it is possible that the X-ray radiation, whose intensity we have measured, is attenuated on its way from the galaxy clusters to Earth.

"This could be due to as yet undiscovered gas or dust clouds inside or outside the Milky Way.

"In preliminary tests, however, we find this discrepancy between measurement and theory not only in X-rays but also at other wavelengths.

"It is extremely unlikely that any kind of matter nebula absorbs completely different types of radiation in the same way.

"But we won't know for sure for several months."

A second possibility are so-called "bulk flows." These are groups of neighboring galaxy clusters that move continuously in a certain direction -- for example, due to some structures in space that generate strong gravitational forces.

These would therefore attract the galaxy clusters to themselves and thus change their speed (and thus also their derived distance).

"This effect would also mean that many calculations on the properties of the local universe would be imprecise and would have to be repeated," explains Migkas.

The third possibility is the most serious: What if the universe is not isotropic at all? What if - metaphorically speaking - the yeast in the galactic raisin roll is so unevenly distributed that it quickly bulges in some places while it hardly grows at all in other regions? Such an anisotropy could, for example, result from the properties of the mysterious "dark energy," which acts as an additional driving force for the expansion of the universe.

However, a theory is still missing that would make the behavior of the Dark Energy consistent with the observations.

"If we succeed in developing such a theory, it could greatly accelerate the search for the exact nature of this form of energy," Migkas is certain.

The current study is based on data from more than 800 galaxy clusters, 300 of which were analysed by the authors.

The analysis of the X-ray data alone was so demanding that it took several months.

At the latest then it will become clear whether the isotropy hypothesis really has to be abandoned. ■