Deep sea vents had ideal conditions for origin of life

Christian Fernsby ▼ | November 6, 2019
By creating protocells in hot, alkaline seawater, a UCL-led research team has added to evidence that the origin of life could have been in deep-sea hydrothermal vents rather than shallow pools. 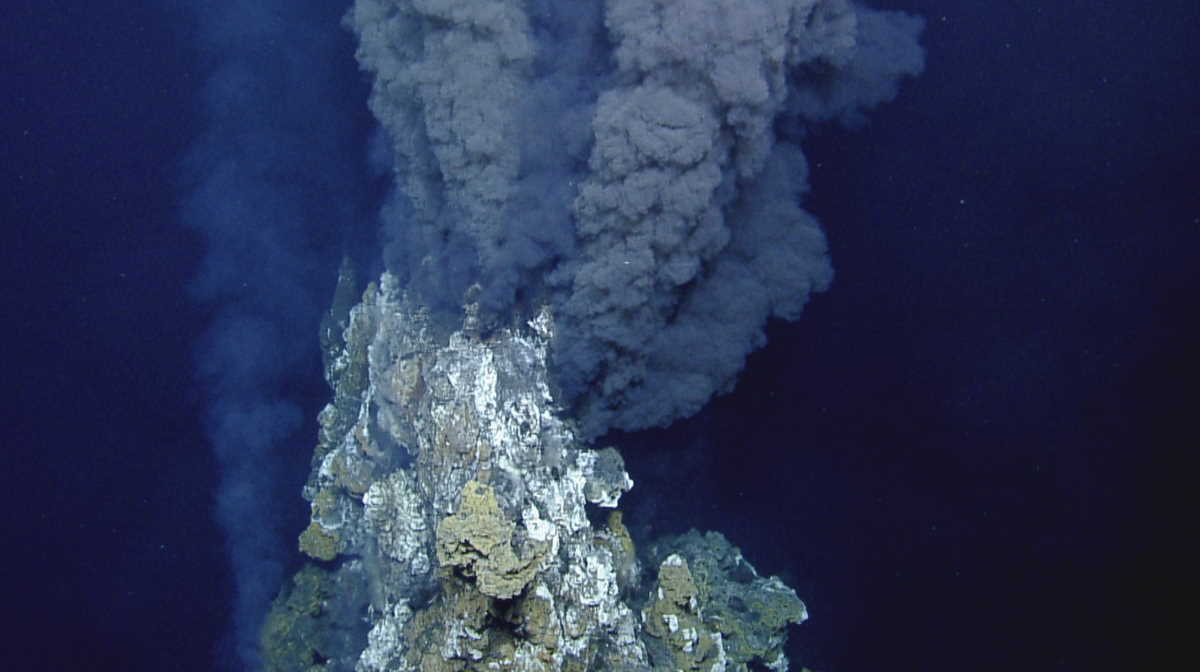 World   Deep sea vents
Previous experiments had failed to foster the formation of protocells seen as a key stepping stone to the development of cell-based life in such environments, but the new study, published in Nature Ecology and Evolution, finds that heat and alkalinity might not just be acceptable, but necessary to get life started.

"There are multiple competing theories as to where and how life started. Underwater hydrothermal vents are among most promising locations for life's beginnings our findings now add weight to that theory with solid experimental evidence," said the study's lead author, Professor Nick Lane (UCL Genetics, Evolution and Environment).

Deep under the Earth's seas, there are vents where seawater comes into contact with minerals from the planet's crust, reacting to create a warm, alkaline (high on the pH scale) environment containing hydrogen. The process creates mineral-rich chimneys with alkaline and acidic fluids, providing a source of energy that facilitates chemical reactions between hydrogen and carbon dioxide to form increasingly complex organic compounds.

Some of the world's oldest fossils, discovered by a UCL-led team, originated in such underwater vents.

Scientists researching the origins of life have made great progress with experiments to recreate the early chemical processes in which basic cell formations would have developed. The creation of protocells has been an important step, as they can be seen as the most basic form of a cell, consisting of just a bilayer membrane around an aqueous solution a cell with a defined boundary and inner compartment.

Previous experiments to create protocells from naturally-occurring simple molecules specifically, fatty acids have succeeded in cool, fresh water, but only under very tightly controlled conditions, whereas the protocells have fallen apart in experiments in hydrothermal vent environments.

The study's first author, Dr Sean Jordan (UCL Genetics, Evolution and Environment), said he and his colleagues identified a flaw in the previous work: "Other experiments had all used a small number of molecule types, mostly with fatty acids of the same size, whereas in natural environments, you would expect to see a wider array of molecules."

For the current study, the research team tried creating protocells with a mixture of different fatty acids and fatty alcohols that had not previously been used.

The researchers found that molecules with longer carbon chains needed heat in order to form themselves into a vesicle (protocell). An alkaline solution helped the fledgling vesicles keep their electric charge. A saltwater environment also proved helpful, as the fat molecules banded together more tightly in a salty fluid, forming more stable vesicles.

For the first time, the researchers succeeded at creating self-assembling protocells in an environment similar to that of hydrothermal vents. They found that the heat, alkalinity and salt did not impede the protocell formation, but actively favoured it.

"In our experiments, we have created one of the essential components of life under conditions that are more reflective of ancient environments than many other laboratory studies," Dr Jordan said.

"We still don't know where life first formed, but our study shows that you cannot rule out the possibility of deep-sea hydrothermal vents."

The researchers also point out that deep-sea hydrothermal vents are not unique to Earth.

Professor Lane said: "Space missions have found evidence that icy moons of Jupiter and Saturn might also have similarly alkaline hydrothermal vents in their seas. While we have never seen any evidence of life on those moons, if we want to find life on other planets or moons, studies like ours can help us decide where to look."

The study involved researchers from UCL and Birkbeck, University of London, and was funded by the BBSRC and bgC3. ■