Christian Fernsby ▼ | May 22, 2020
Green snow is spreading on the Antarctic peninsula as global temperatures rise, according to a study published on Thursday. 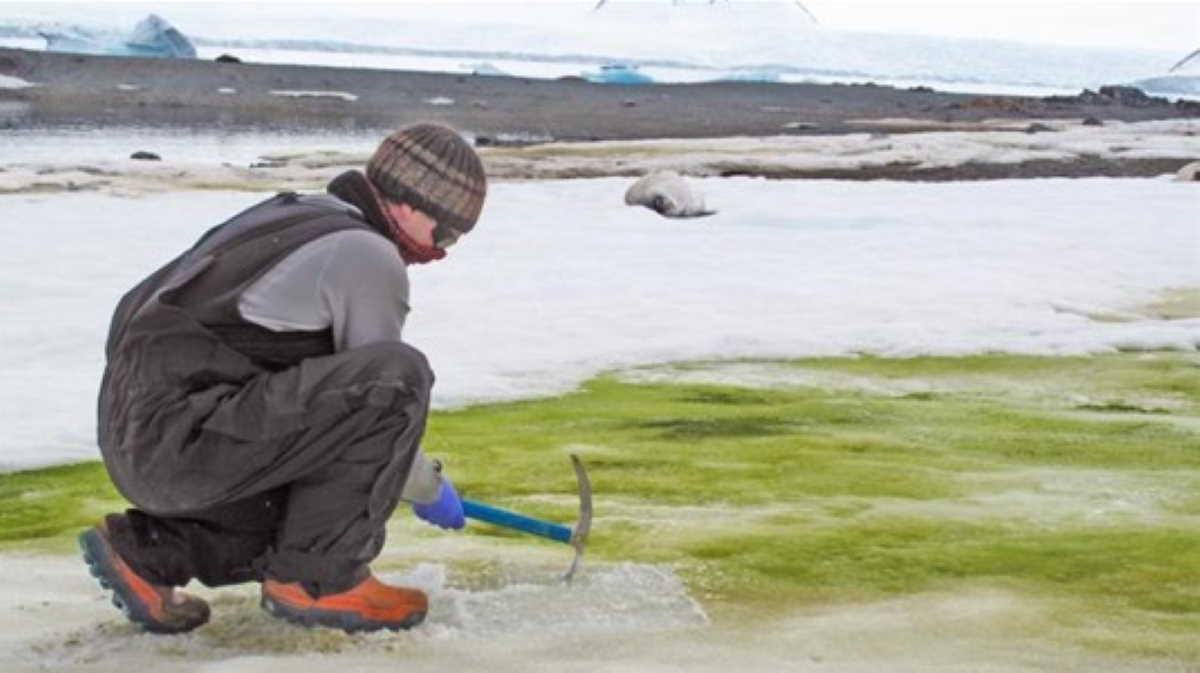 Antarctica   Green snow
A team of researchers from the University of Cambridge and the British Antarctic Survey have created the first ever large-scale map of microscopic algae as they bloom across the surface of snow along the coastline, playing an important role in the continent's ecosystem and its carbon cycling. The map provides a baseline to analyse how rapidly Antarctica is turning green from the impacts of climate change.

Although each of the single-cell organisms are microscopic in size, when algae densely populate the snow, it turns a vivid green across an area so large that it can be seen from space.

The scientists found that "green snow" will likely affect more of Antarctica's frozen landscape as global temperatures rise and create slushy conditions that allow them to bloom.

Researchers discovered that the appearance of green snow algae was strongly influenced by excrement from marine birds and mammals which acts as a natural fertiliser and accelerates algal growth.

Nearly two-thirds of blooms were found within 5km of a penguin colony while other blooms appeared near bird nests and and where seals come ashore.

The research was conducted by combining satellite data with the team's on-the-ground observations over two summers in Antarctica.

The green snow algae was found in "warmer" areas of the Antarctic Peninsula where average temperatures are just above 0 degrees Celsius during the Southern Hemisphere's summer months of November to February.

The study was published Wednesday in the journal Nature Communications.

Dr Matt Davey, from Cambridge's Department of Plant Sciences who led the study, said: "This is a significant advance in our understanding of land-based life on Antarctica, and how it might change in the coming years as the climate warms.

Dr Davey added that 1,679 separate blooms of green algae were found on the snow surface, "which together covered an area of 1.9 km2, equating to a carbon sink of around 479 tonnes per year".

This is equivalent to the amount of carbon emitted by about 875,000 car journeys.

Antarctica is responding rapidly to climate changes in the region. The researchers say that the total amount of carbon held in Antarctic snow algae is likely to be much larger because carbon dioxide is also taken up by other red and orange algae which were not measured in the study.

Further work is planned to measure these other algal blooms, and blooms across the entire continent. ■

Climate changes are speeding up, faster than historical levels
Climate-exodus expected in the Middle East and North Africa
Alarming number of Europeans have no idea about impacts of climate change on ocean

Germany shuts another abattoir after workers get coronavirus