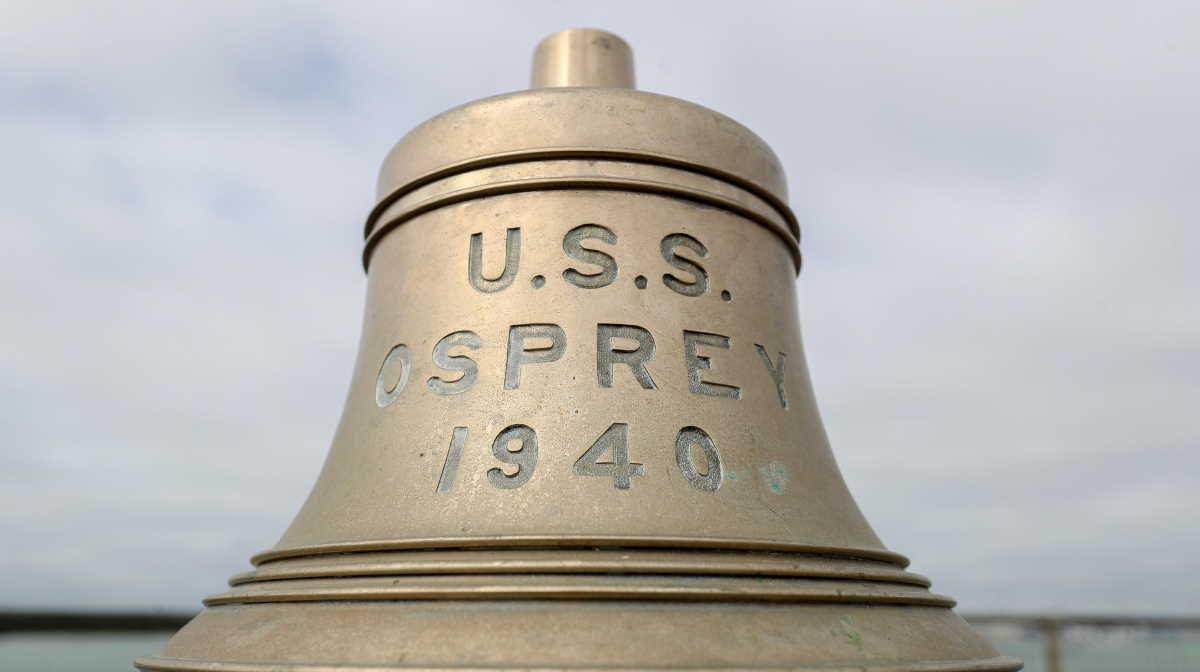 Britain   USS Osprey bell
Now more than 70 years on, the ship’s bell which has been handed over to Heloise Warner, the acting Receiver of Wreck based at the Maritime and Coastguard Agency in Southampton, is going home.

Heloise said: ‘We need to remember that whilst this bell is an important artefact and historically significant in terms of Operation Overlord, it also represents the tragedy of loss. It will be a symbolic moment when the bell is returned to US soil.’

USS Osprey was a raven-class minesweeper of the United States Navy. Commissioned on 16 December, 1940, she later saw service in North Africa as part of Operation Torch, the Anglo-American invasion of French North Africa (November 1942).

On 3 April 1944, she travelled to England to be part of Operation Overlord, successfully taking part in sweeping operations off the south west coast. She is thought to have been the first casualty of D-Day operations when she hit a mine which blew a large hole in the engine room. A fire broke out and just 45 minutes later, the ship had to be abandoned.

There are thousands of wrecked vessels and aircraft around the UK coast and many are protected sites. Any recovered wreck material must be reported to the receiver of wreck. ■

Seoul to turn old highway into 7.6 km long park
Large asteroid to fly by Earth in April
Mass starvation of birds off U.S. west coast
Deforestation in Brazil's Amazon up 85 percent in 2019