Staff Writer | August 1, 2017
Many rock stars don't like to play by the rules, and a cosmic one is no exception. 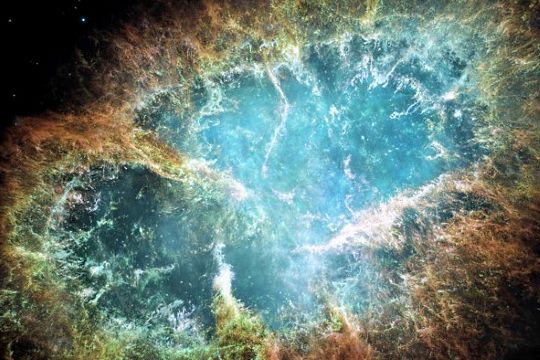 Space   Nordic Optical Telescope
A team of astronomers has discovered that an extraordinarily bright supernova occurred in a surprising location.

This "heavy metal" supernova discovery challenges current ideas of how and where such super-charged supernovas occur.

Supernovas are some of the most energetic events in the Universe. When a massive star runs out of fuel, it can collapse onto itself and create a spectacular explosion that briefly outshines an entire galaxy, dispersing vital elements into space.

In the past decade, astronomers have discovered about fifty supernovas, out of the thousands known, that are particularly powerful. These explosions are up to 100 times brighter than other supernovas caused by the collapse of a massive star.

Following the recent discovery of one of these "superluminous supernovas," a team of astronomers led by Matt Nicholl from the Harvard-Smithsonian Center for Astrophysics (CfA) in Cambridge, Mass., has uncovered vital clues about where some of these extraordinary objects come from.

Cambridge University's Arancha Delgado and her team discovered this supernova, dubbed SN 2017egm, on May 23, 2017 with the European Space Agency's Gaia satellite.

A team led by Subo Dong of the Kavli Institute for Astronomy and Astrophysics used the Nordic Optical Telescope to identify it as a superluminous supernova.

SN 2017egm is located in a spiral galaxy about 420 million light years from Earth, making it about three times closer than any other superluminous supernova previously seen.

Dong realized that the galaxy was very surprising, as virtually all known superluminous supernovas have been found in dwarf galaxies that are much smaller than spiral galaxies like the Milky Way.

Building on this discovery, the CfA team found that SN 2017egm's host galaxy has a high concentration of elements heavier than hydrogen and helium, which astronomers call "metals."

"Superluminous supernovas were already the rock stars of the supernova world," said Nicholl. "We now know that some of them like heavy metal, so to speak, and explode in galaxies like our own Milky Way."

"If one of these went off in our own Galaxy, it would be much brighter than any supernova in recorded human history and would be as bright as the full Moon," said co-author Edo Berger, also of the CfA.

"However, they're so rare that we probably have to wait several million years to see one." ■

900,000 eggs recalled in western Germany due to insecticide fears