Astronomers detect the biggest explosion since the big bang

Christian Fernsby ▼ | February 28, 2020
While studying a distant galaxy cluster, scientists from the International Centre for Radio Astronomy Research have discovered the biggest explosion in the history of the Universe. 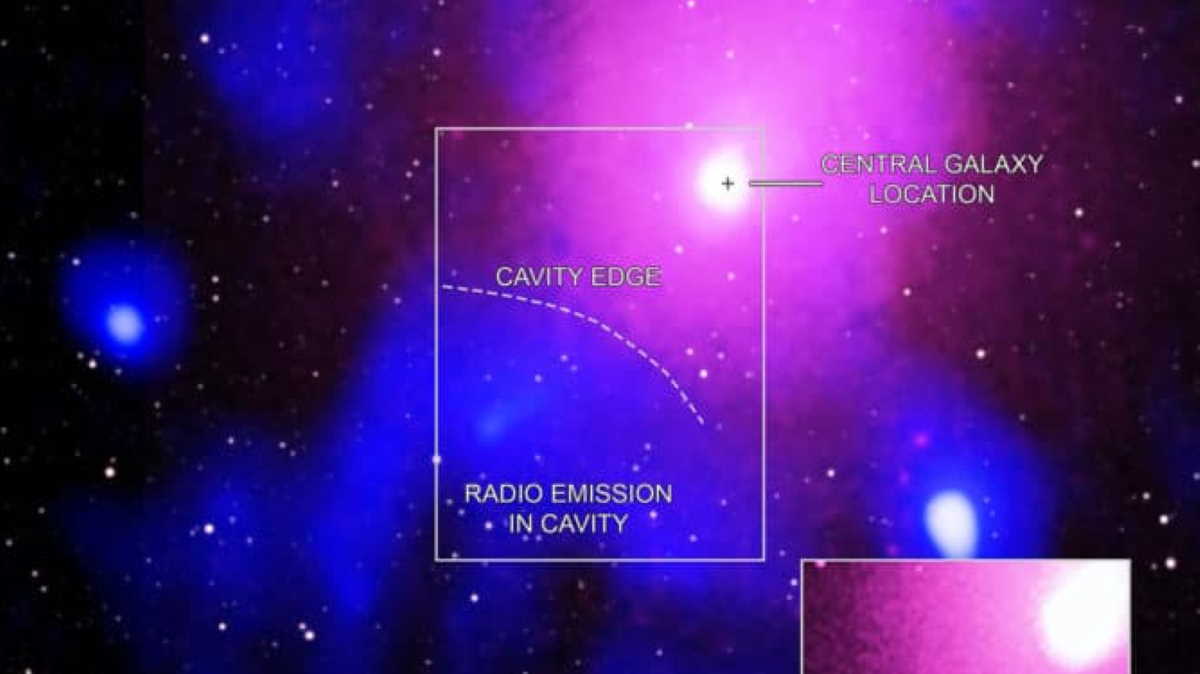 Space   Distant galaxy cluster
They detected that a blast is coming from a supermassive black hole at the center of a galaxy hundreds of millions of light years away.

The explosion occurred in the Ophiuchus galaxy cluster was immensely energetic: it released five times more energy than the previous record holder since the Big Bang.

It was so powerful it punched a cavity in the cluster plasma the super hot gas surrounding the black hole.

Professor Melanie Johnston Hollitt, from the Curtin University, said, “We’ve seen outbursts in the centers of galaxies before, but this one is massive.

“But it happened very slowly like an explosion in slow motion that took place over hundreds of millions of years.

The explosion occurred in the Ophiuchus galaxy cluster, about 390 million light years from Earth.

It was so powerful it punched a cavity in the cluster plasma the super hot gas surrounding the black hole.”

Lead author of the study Dr. Simona Giacintucci, from the Naval Research Laboratory in the United States, said the blast was similar to the 1980 eruption of Mount St. Helens, which ripped the top off the mountain.

“The difference is that you could fit 15 Milky Way galaxies in a row into the crater.

“This eruption punched into the cluster’s hot gas.”

Professor Johnston Hollitt said the cavity in the cluster plasma had been seen previously with X ray telescopes.

But scientists initially dismissed the idea that an energetic outburst could have caused it because it would have been too big.

“People were skeptical because of the size of outbursts,” she said.

“The Universe is a weird place.” ■