Christian Fernsby ▼ | May 1, 2019
Astronomers from around the world have discovered a black hole pumping "rapidly swinging jets" into the surrounding universe in a way that has never been seen before. 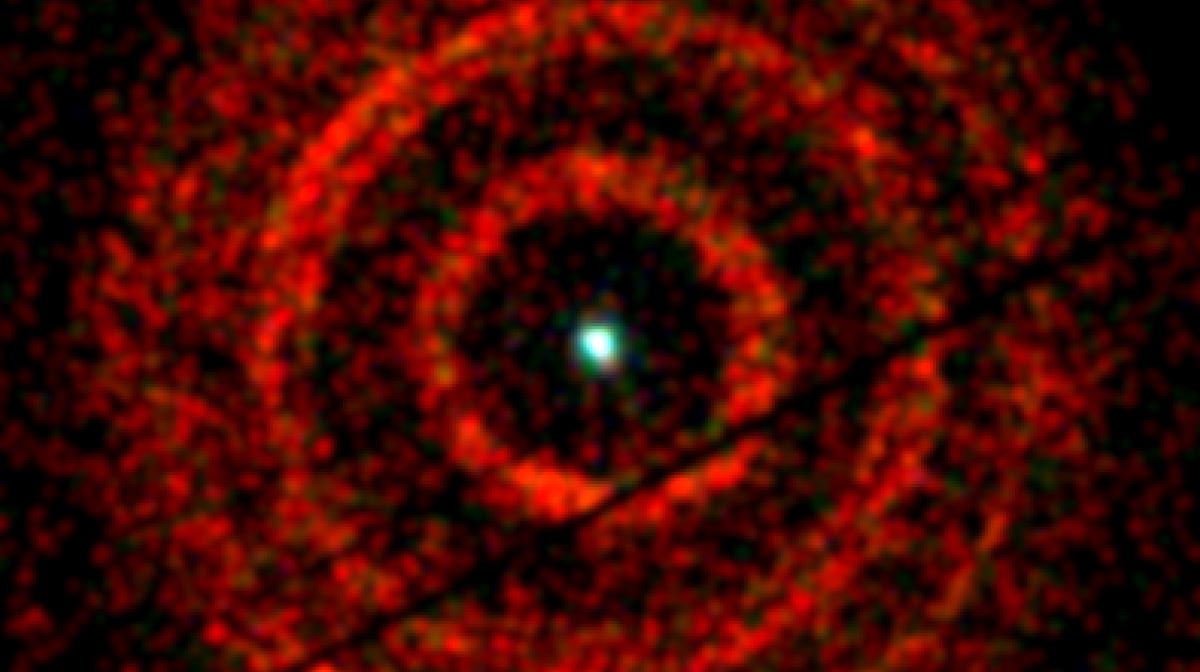 World   V404 Cygni
Known as V404 Cygni, researchers said the black hole appears to be shooting out powerful beans of plasma at a rate of speed so fast that it's "dragging spacetime".

Lead author of the findings published in the journal Nature, Associate Professor James Miller-Jones from Australia's Curtin University node of the International Centre for Radio Astronomy Research (ICRAR) said it's one of the most extraordinary black hole systems he has ever come across.

"Like many black holes, it's feeding on a nearby star, pulling gas away from the star and forming a disk of material that encircles the black hole and spirals towards it under gravity," he said.

"What's different in V404 Cygni is that we think the disk of material and the black hole are misaligned."

"This appears to be causing the inner part of the disk to wobble like a spinning top and fire jets out in different directions as it changes orientation."

While jets from a black hole usually move in a straight line, in this case the beans are firing wildly.

According to Miller-Jones, this is likely caused by a rotating loop of matter around the black hole known as the accretion disk.

"The inner part of the accretion disk was precessing and effectively pulling the jets around with it," he said.

"You can think of it like the wobble of a spinning top as it slows down -- only in this case, the wobble is caused by Einstein's theory of general relativity."

Estimated to be 10 million km wide, V404 Cygni's accretion disk was picked up by a worldwide array of radio telescopes made up of ten dishes in the Virgin Islands, Hawaii and the mainland United States.

Co-author Alex Tetarenko from the University of Alberta, who is currently working as an East Asian Observatory Fellow in Hawaii said, because the jets were changing direction, scientists "had to use a very different approach to most radio observations."

"Typically, radio telescopes produce a single image from several hours of observation, but these jets were changing so fast that in a four-hour image we just saw a blur," she explained.

"It was like trying to take a picture of a waterfall with a one-second shutter speed."

"Instead, the researchers produced 103 individual images, each about 70 seconds long, and joined them together into a movie."

"It was only by doing this that we were able to see these changes over a very short time period." ■

Bangalore-bound flight has an emergency landing in Hyderabad