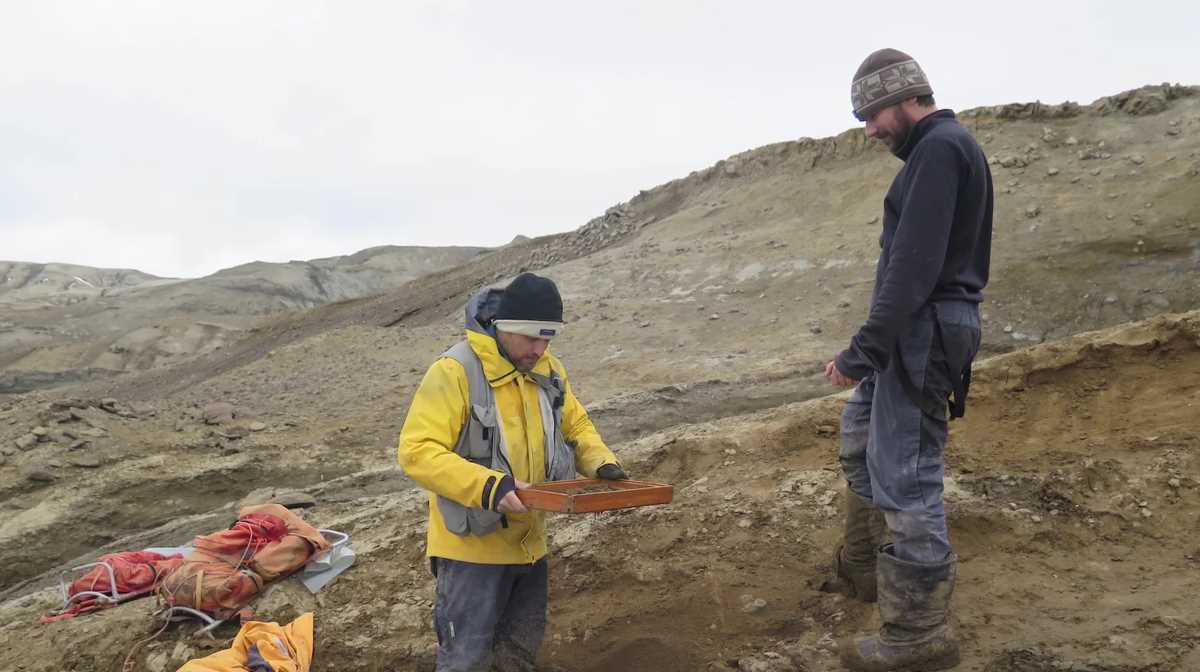 World   'Loch Ness monster' from Antarctica
And just like the legendary Nessie, it wasn't the runt of the litter.

The prehistoric plesiosaur a four-flippered marine reptile that lived during the dinosaur age measured a colossal 36 feet (11 meters) long from snout to tail, about as long as a modern telephone poll.

This newfound "sea monster" is now the largest known elasmosaurid (a type of plesiosaur with a long neck) on record.

"Not only is it quite long, it's also quite stocky" and weighed nearly 15 tons (13.4 metric tons) when it was alive, making it the heaviest known elasmosaurid, said study lead researcher José O'Gorman, a vertebrate paleontologist at the La Plata Museum and the National University of La Plata in Argentina.

Researchers discovered the fossils of the enormous plesiosaur on Antarctia's Seymour Island (known as "Marambio" in Argentina) in 1989.

But the beast was so large and the rock was so hard that it took three return trips in 2005, 2012 and 2017 to fully extricate the specimen.

During that time, the scientists collected 1,760 lbs. (800 kilograms) of fossilized bones embedded in rock.

On the island, the fossils lay hidden in the López de Bertodano Formation, just 7.5 feet (2.3 meters) below the K/Pg boundary, the geologic line showing the Cretaceous–Paleogene extinction. This notorious extinction led to the demise of the nonavian dinosaurs and plesiosaurs, when a 6-mile-long (10 kilometers) asteroid collided with Earth about 66 million years ago.

Given the fossils' proximity to the K/Pg boundary, this ancient sea monster likely lived 30,000 years before that mass extinction, O'Gorman told Live Science.

This particular plesiosaur likely falls within the genus Aristonectes, but the scientists aren't sure if it's a new species, said O'Gorman, who is also part of National Scientific and Technical Research Council of Argentina (CONICET). That's because the newfound fossils don't overlap enough with those of other specimens, making comparisons difficult, he said.

In other words, the nickname Nessie might be most appropriate, given the creature's striking resemblance.

That said, Aristonectes' remains do shed light on its life. Parts of its vertebrae were fused together, indicating that the creature was a fully grown adult, the researchers found. And although this Aristonectes was a huge beast, its neck wasn't as elongated as those of other elasmosaurids, because it literally had fewer neck vertebrae. That's why researchers call it "stocky," O'Gorman noted. ■