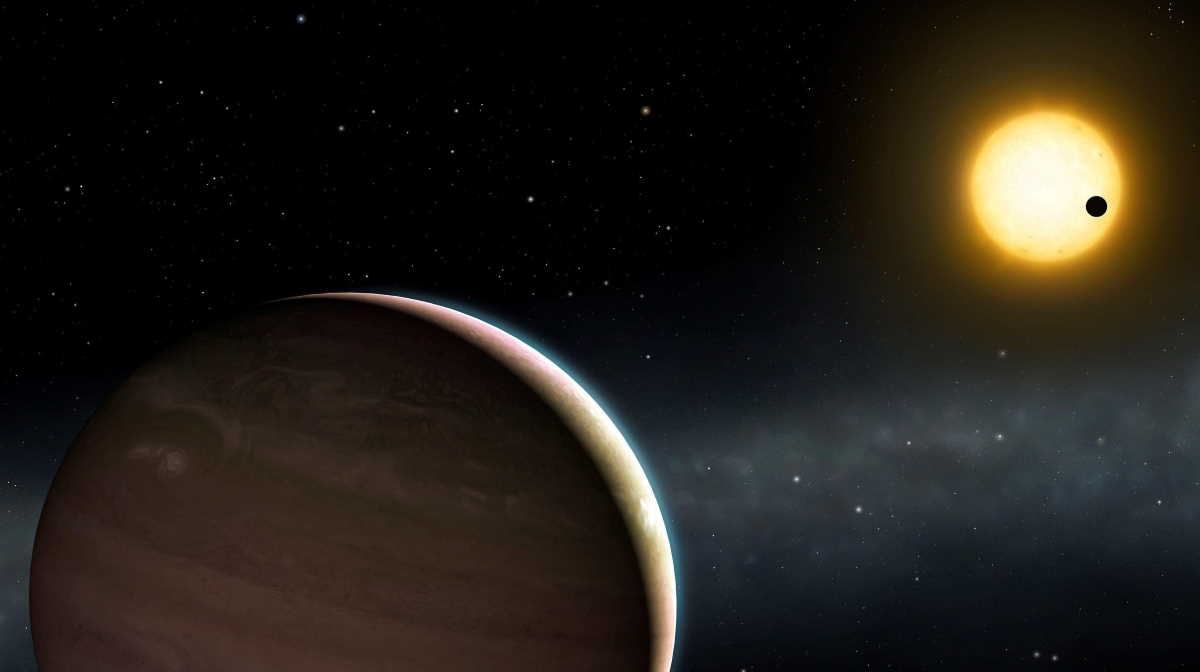 Extrasolar system   WASP-148
But a new breakthrough has been achieved with, for the first time, the detection directly from the ground of an extrasolar system of this type.

The scientists analysed the star's motion and concluded that it hosted two planets, WASP-148b and WASP-148c.

The observations showed that the two planets were strongly interacting, which was confirmed from other data.

Whereas the first planet, WASP-148b, orbits its star in nearly nine days, the second one, WASP-148c, takes four times longer.

This ratio between the orbital periods implies that the WASP-148 system is close to resonance, meaning that there is enhanced gravitational interaction between the two planets.

And it turns out that the astronomers did indeed detect variations in the orbital periods of the planets.

While a single planet, uninfluenced by a second one, would move with a constant period, WASP-148b and WASP-148c undergo acceleration and deceleration that provides evidence of their interaction. ■