Christian Fernsby ▼ | May 4, 2020
A research team including research scientist Atsuko Kobayashi from the Earth-Life Science Institute (ELSI) at Tokyo Institute of Technology, Japan and research scientist Mizuho Koike from the Institute of Space and Astronautical Science at Japan Aerospace Exploration Agency, have found nitrogen-bearing organic material in carbonate minerals in a Martian meteorite. 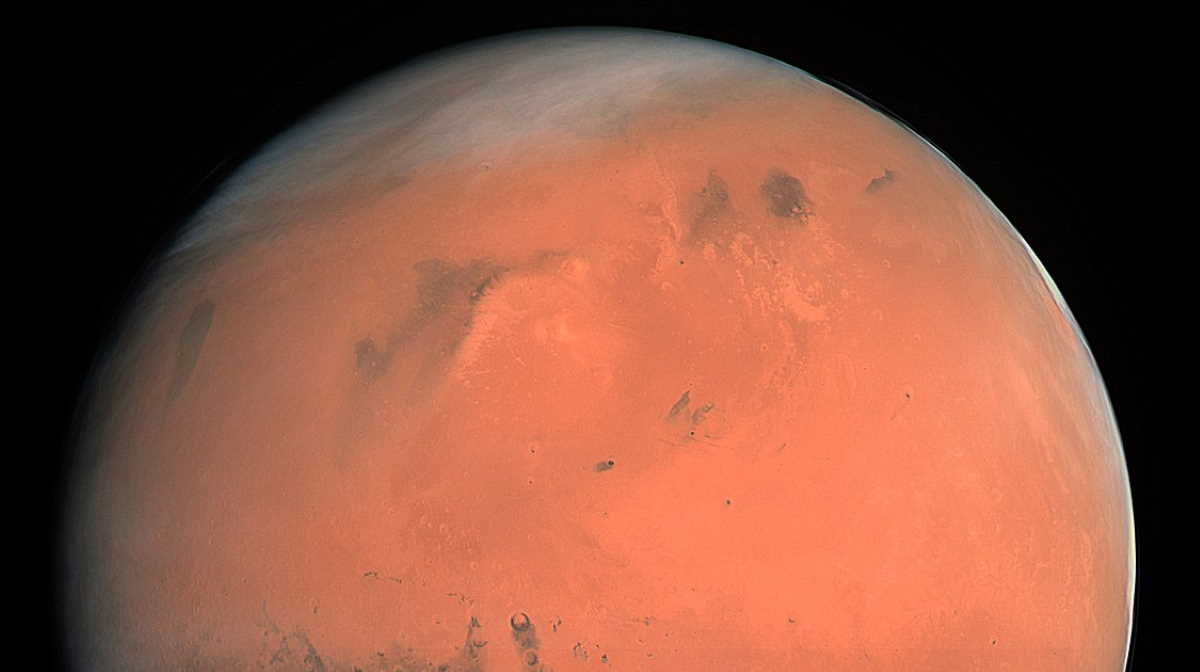 Research   Mars
This organic material has most likely been preserved for 4 billion years since Mars' Noachian age.

Because carbonate minerals typically precipitate from the groundwater, this finding suggests a wet and organic-rich early Mars, which could have been habitable and favourable for life to start.

Martian meteorites are pieces of Mars' surface that were themselves blasted into space by meteor impacts, and which ultimately landed on Earth.

One meteorite in particular, named Allan Hills (ALH) 84001, named for the region in Antarctica it was found in 1984, is especially important.

As these minerals record Mars' early aqueous environment, many studies have tried to understand their unique chemistry and whether they might provide evidence for ancient life on Mars.

However, previous analyses suffered from contamination with terrestrial material from Antarctic snow and ice, making it difficult to say how much of the organic material in the meteorite were truly Martian.

In addition to carbon, nitrogen (N) is an essential element for terrestrial life and a useful tracer for planetary system evolution.

However, due to previous technical limitations, nitrogen had not yet been measured in ALH84001. ■

Journalism has become a crime in Egypt, says Amnesty International