Zika virus, a tropical disease that knows no borders

Abraham Eisenstein, M.D ▼ | January 9, 2016
Recent findings of Zika virus in America and its possible influence on newborn babies introduced some fear in general public, but it is important to see what the facts are and that it is not about new, deadly virus spreading around. 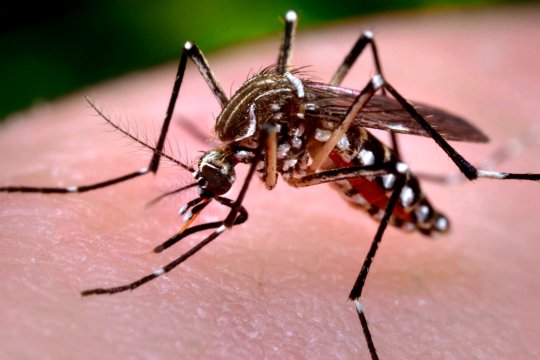 Viral disease   An infection transmitted by daytime active mosquitoes
Zika virus, first identified in Uganda in 1947, is transmitted through the bite of an infected Aedes mosquito, the same species that spreads dengue and chikungunya viruses. These are aggressive daytime biters and like to live near people and bit them. Zika occurred in Africa, Southeast Asia, the Pacific Islands, and the Americas but since mosquitoes know no borders, there is a possibility that there will be outbreaks in other countries.

As with any other disease of that kind, the best thing you can do is to protect yourself from mosquito bites: use use insect repellent, wear long sleeves and pants, use window and door screens, and try not to be in places with standing water. However, if you are infected with Zika virus, know that some 20% of infected person will develop Zika and will be actually ill.

The symptoms of Zika virus disease are fever, rash, joint pain, and conjunctivitis. Zika is usually mild, those symptoms lasting from several days to a week, and in very rare situations there is a need for hospitalization. So, where's the problem?

There are two problems with Zika. First, it is possible that virus affects newborn children in a very bad way and researches about that are underway, and second, the symptoms of Zika are similar to those of dengue and chikungunya, so it takes some knowledge of all of that to set the right diagnosis.

Mosquitoes aside, there are other spreading vectors. If a mother is infected with Zika virus near the time of delivery, she can pass on the virus to her newborn baby. Good news is that that's a rare situation.

Speaking theoretically, Zika could be spread through blood transfusion but until now we don't have confirmation that that ever happened. What we do know, though, is that there was spread of the virus via sexual contact.

In some, rare cases, Zika has been associated with Guillain-Barré syndrome, an autoimmune disorder that can cause partial or complete paralysis, most often temporary.

There is another big problem and it is called microcephaly in babies. There is a growing number of cases in Brazil and some clues suggest that some cases of that condition are being caused or triggered by Zika.

Not everyone agress with that, and scientists are still working on that, but there is another dark possibility: that Zika has always triggered microcephaly but the number of developed Zika cases was so small that nobody saw the connection.

If Zika develops, there may be other symptoms like muscle pain, headache, pain behind the eyes, and vomiting. Since there is not a pill that we can take, the only thing to do is to get plenty of rest, drink enough fluids to prevent dehydration, and medicines can be used against fever and pain.

Be careful: aspirin and non-steroidal anti-inflammatory drugs are not a good idea if you're not sure is it really Zika because there may be a risk of hemorrhage. ■

Most money does not go to poorest countries, U.S. not so generous