Yanomami have bacteria of all kinds - even against kidney stones

Staff writer ▼ | April 20, 2015
In a remote part of the Venezuelan Amazon, scientists have discovered that members of an isolated village have the most diverse colonies of bacteria ever reported living in and on the human body. 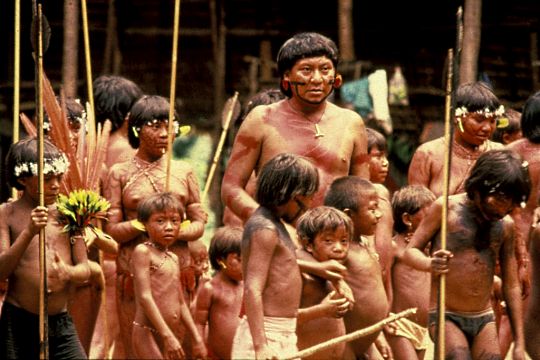 Surprising discovery   The human microbiome in Amazon
The microbiome, the trillions of mostly beneficial bacteria that share our bodies, plays a critical role in maintaining health. The study raises questions about the microbial diversity of our ancestors, and whether today's diets and lifestyles strip us of some bugs we might want back.

Most surprising, this group of Yanomami Indians harbored bacteria containing genes with the ability to resist antibiotic treatment, even though the villagers presumably were never exposed to commercial medications.

This isolated population offers "a unique opportunity to put our microbial past under the microscope," said lead researcher Jose Clemente, an assistant genetics professor at the Icahn School of Medicine at Mount Sinai Hospital in New York.

The results bolster a theory that diminished microbial diversity in Western populations is linked to immune and metabolic diseases - allergies, asthma, diabetes - that are on the rise, said senior author M. Gloria Dominguez-Bello of NYU Langone Medical Center.

"The challenge is to determine which are the important bacteria whose function we need to be healthy," she said.

Most of what scientists know about the human microbiome comes from studies of Americans, such as the U.S. government's Human Microbiome Project, or of Europeans. But increasingly, scientists are attempting to compare non-Western populations, especially those that keep traditional lifestyles like the isolated Yanomami.

The Yanomami continue to live a hunter-gatherer lifestyle in rainforests and mountains along the border of Venezuela and Brazil, and as a group are fairly well-known. But Friday's research, reported in the journal Science Advances, stems from the discovery of a previously unmapped Yanomami village in the mountains of southern Venezuela.

Researchers aren't disclosing the village's name for privacy reasons but say it was first visited by a Venezuelan medical expedition in 2009 that collected fecal, skin and mouth swab samples from 34 villagers.

Scientists compared the bacterial DNA from those villagers with samples from U.S. populations and found the Americans' microbiomes are about 40 percent less diverse.

The Yanomami's microbiomes also were somewhat more diverse than samples from two other indigenous populations with more exposure to Western culture—the Guahibo community of Venezuela and rural Malawi communities in southeast Africa.

Intriguingly, the Yanomami harbored some unique bacteria with beneficial health effects, such as helping to prevent the formation of kidney stones, the researchers reported. ■