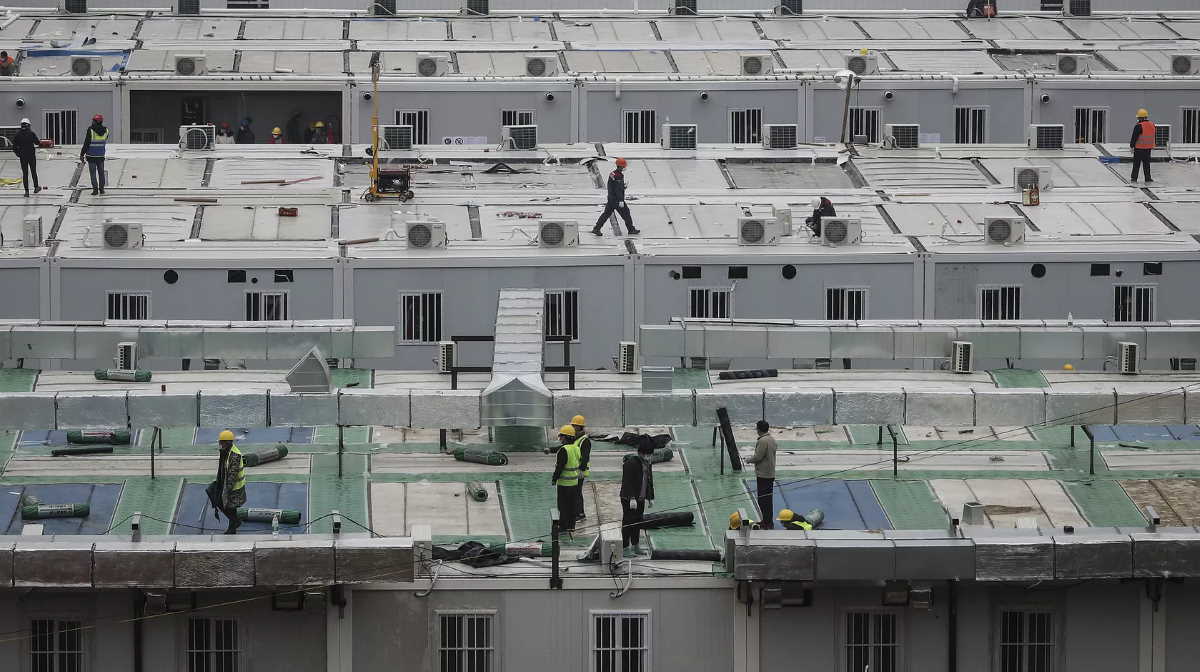 Health in China   Wuhan hospital
More than 28,000 people are now known to be infected nationwide in an outbreak that has killed 563 and spiralled into a global health emergency.

Two dozen countries now have confirmed cases of the novel coronavirus that emerged from a market selling exotic animals at the end of last year.

On Thursday, 10 more people were found to have contracted the disease on a cruise ship off the Japanese coast, where 3,700 people face a two week quarantine.

At the Chinese epicentre of the epidemic, the locked down city of Wuhan was due to open a second field hospital, offering 1,600 beds.

The first hospital, with 1,000 beds, opened earlier this week, and authorities said they were converting public buildings into jury-rigged medical facilities to deal with the influx of sick people.

The city of 11 million is facing a "severe" lack of beds, said Hu Lishan, a senior official in Wuhan, noting that there were 8,182 patients admitted to 28 hospitals that have a total of 8,254 beds.

There is also a shortage of equipment and materials, Hu told reporters.

The central government has announced measures intended to ensure the supply of vital medical resources, with tax breaks for manufacturers of equipment needed to fight the epidemic.

"We must make all out efforts across the country to meet the need for essential medical supplies and medical professionals in Hubei Province," Premier Li Keqiang said, according to the official Xinhua news agency.

Tens of millions of people in Hubei and surrounding provinces are now facing swingeing restrictions on their movement as authorities try to slow the spread of the virus.

They include residents of Hangzhou, a city just 175 kilometres (110 miles) from Shanghai, where fences block streets and loudspeakers tell people: "Don't go out!"

In some cities, even as far north of the country, inhabitants are being offered cash rewards to inform on people who come from Hubei.

In Beijing where streets remain eerily quiet and businesses are shuttered restaurants have been barred from accepting reservations for parties. ■