Christian Fernsby ▼ | February 5, 2020
Around 3,600 people are currently being held in quarantine on a cruise ship moored in Hong Kong’s Kowloon Bay after it emerged that the ship had carried three people who were subsequently diagnosed with the Wuhan coronavirus. 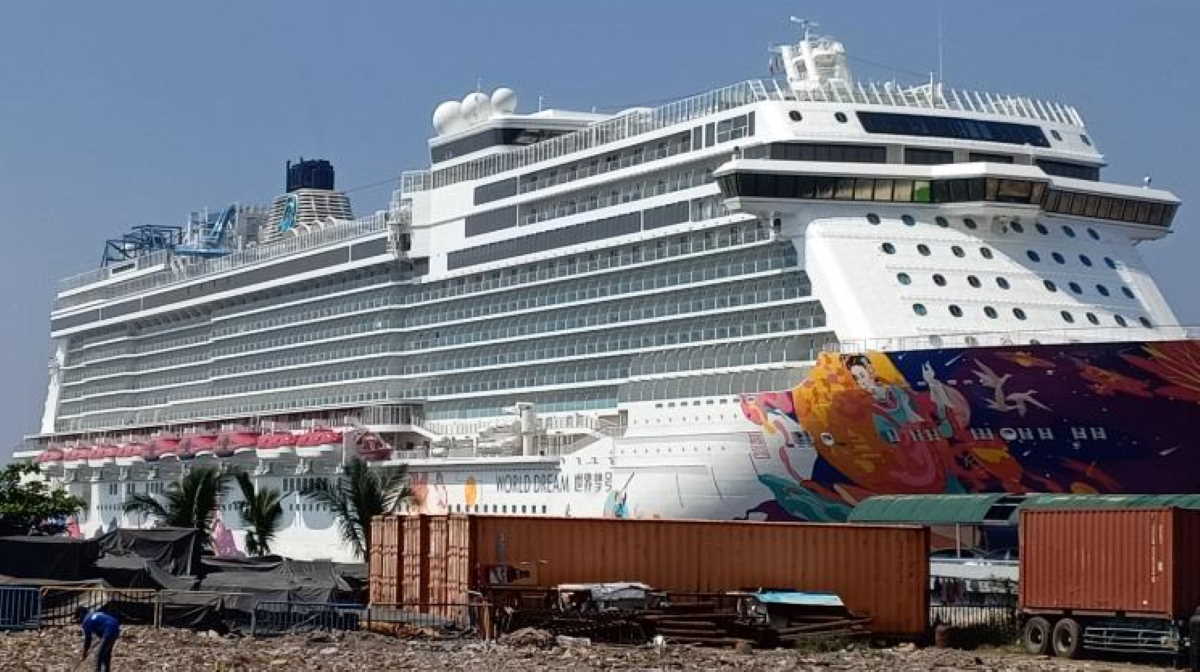 Speaking to reporters this afternoon, Leung Yiu-hong the chief port officer for the Centre for Health Protection said they received confirmation from mainland authorities that three mainland passengers who were aboard the cruiseliner between Jan. 19 and 24 were later confirmed to have the Wuhan coronavirus.

The ship sailed from Nansha port, in Guangzhou, for Vietnam with more than 4,000 passengers on board at the time. Around 200 of the passengers on that trip were Hongkongers. The World Dream then set off on another cruise with new passengers on Sunday, Feb. 2.

It was originally going to Kaohsiung, Taiwan for its next port of call, but authorities there refused to let the ship dock, and it ended up at Kai Tak this morning.

Leung said that about 90 percent of the ship’s passengers are from Hong Kong, while the rest are foreigners, and no mainlanders were on board.