WHO: Resistant bacteria spreading in hospitals across European Region 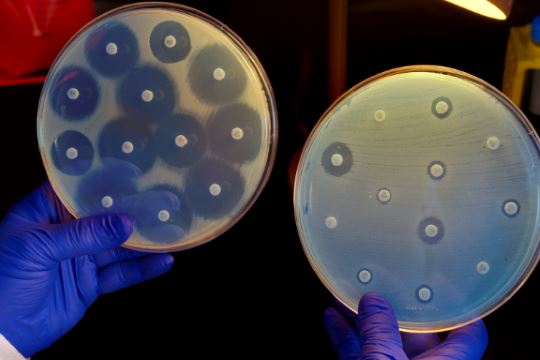 Bacteria   Patients at risk of contracting incurable diseases
This is the concerning picture painted by the second Central Asian and Eastern European Surveillance of Antimicrobial Resistance (CAESAR) report, published by WHO to coincide with World Antibiotic Awareness Week 2016.

“This is why we focus on expanding the map of antibiotic resistance data beyond European Union countries through the CAESAR network,” said Dr Zsuzsanna Jakab, WHO Regional Director for Europe.

European Centre for Disease Prevention and Control (ECDC) Acting Director, Dr Andrea Ammon, said, “Antibiotic resistance continued to increase in the European Union for most bacteria and antibiotics under surveillance in 2015.

“Of particular concern is the increase of carbapenem resistance in Klebsiella pneumoniae isolates, as well as the emergence of infections with combined resistance to carbapenems and colistin in these bacteria.

“This is an important warning that options for treatment are now even more limited than in the past.” She added, “We need to keep working together with partners across Europe and globally to ensure that antibiotics remain effective.”

The number of countries submitting antimicrobial resistance (AMR) data has grown from five to seven in the second CAESAR report. Data comes from Belarus, Bosnia and Herzegovina, the Russian Federation, Serbia, Switzerland, the former Yugoslav Republic of Macedonia and Turkey, as well as Kosovo, and results are very interesting.

Multidrug resistance – in the form of high levels of carbapenem resistance in Klebsiella pneumoniae and high proportions of multidrug-resistant Acinetobacter spp. – is present in clinical settings in several countries.

Although the exact magnitude of resistance is still difficult to assess in many countries, there are strong indications that should prompt action to improve antibiotic stewardship and infection prevention and control in health care facilities.

A total of 19 non-European Union countries in the European Region and Kosovo1 are engaged in CAESAR at various stages of development and participation.

- 17 countries and Kosovo have developed or are developing AMR action plans;

- 8 countries and Kosovo have AMR surveillance systems in place;

- 16 countries and Kosovo have identified or are identifying AMR reference laboratories; and

- 17 countries and Kosovo participate in the CAESAR external quality assessments.

World Antibiotic Awareness Week (WAAW) aims to increase awareness of global antibiotic resistance and to encourage best practices to avoid the further emergence and spread of resistance; this is one of the key objectives of global and European AMR action plans.

This year, the second edition of WAAW focuses on health care workers.

To highlight the crucial role they play in defending the power of antibiotics, WHO/Europe interviewed a number of health care workers throughout the European Region.

In the European Region, WAAW continues and broadens the scope of European Antibiotic Awareness Day, a European initiative coordinated by ECDC, which WHO/Europe extended to non-European Union countries from 2012.

During WAAW, WHO/Europe has launched a Russian version of the Antibiotic Guardian, a Public Health England initiative.

The web platform provides the opportunity for the general public, health workers, policy-makers and others to pledge their support and become “Antibiotic Guardians” – in other words, to take action to preserve the power of antibiotics.

Between 2014 and 2016 more than 34 000 people from the United Kingdom and other parts of the world made their pledges through the Antibiotic Guardian website. Evidence shows that:

- two thirds of participants reported always acting according to their pledge

- more participants reported a sense of personal responsibility after joining the campaign.

During WAAW 2016 and beyond, WHO/Europe encourages all people in the European Region to become Antibiotic Guardians. ■