Christian Fernsby ▼ | June 3, 2019
At this year's Euroanaesthesia Congress (the annual meeting of the European Society of Anaesthesiology) in Vienna, Austria (1-3 June), doctors present the unique case of a man who suffered a flash fire in his chest cavity during emergency heart surgery caused by supplemental oxygen leaking from a ruptured lung. 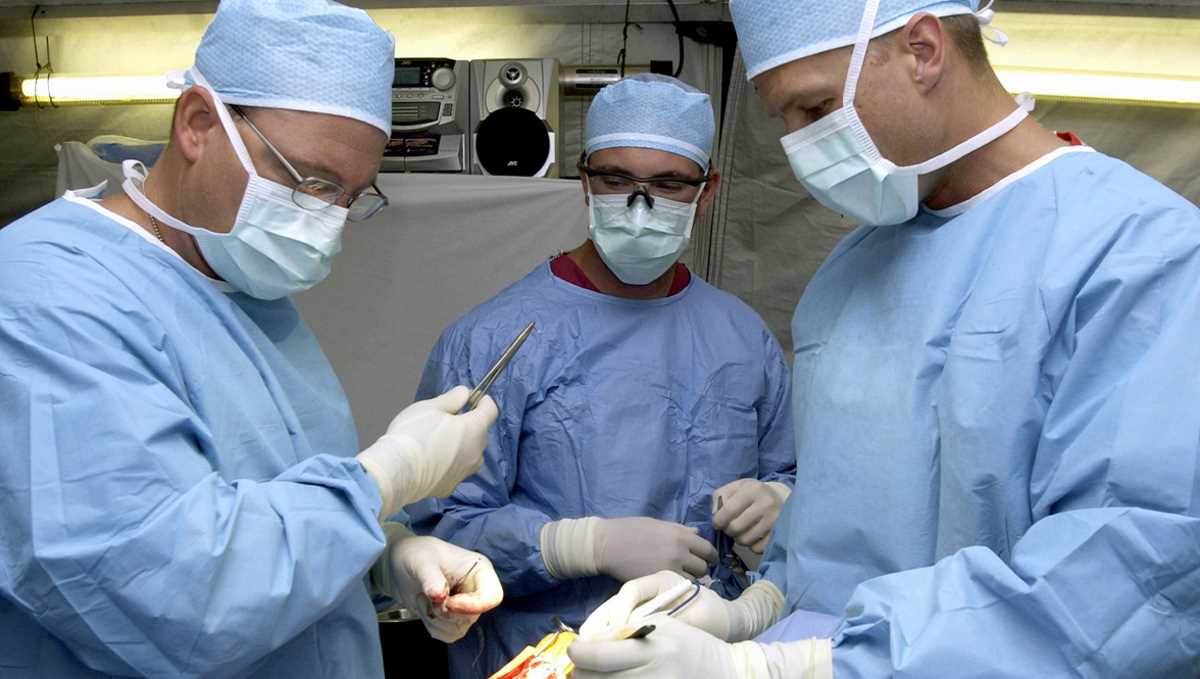 Medicine   Doctors performing surgery on a patient
Dr Ruth Shaylor and colleagues from Austin Health in Melbourne, Australia, where the incident took place, warn that the case highlights the potential dangers of dry surgical packs in the oxygen-enrich environment of the operating theatre where electrocautery devices (using heat to stop vessels from bleeding) are used.

In August 2018, a 60-year-old man presented for emergency repair of an ascending aortic dissection a tear in the inner layer of the aorta wall in the chest.

The patient had a history of chronic obstructive pulmonary disease (COPD) and had undergone coronary artery bypass grafting one year previously.

As surgeons began to operate, they noted that the man's right lung was stuck to the overlying sternum with areas of overinflated and destroyed lung (bullae; often caused by COPD).

Despite careful dissection, one of these bullae was punctured causing a substantial air leak.

To prevent respiratory distress, the flows of anesthetic gases were increased to 10 liters per minute and the proportion of oxygen to 100%.

Soon after, a spark from the electrocautery device ignited a dry surgical pack.

The fire was immediately extinguished without any injury to the patient.

The rest of the operation proceeded uneventfully and the repair was a success. ■

Some heart attack patients may not benefit from beta blockers
Successful heart surgery is all about timing
Answer the phone, resident

If you can't read the future stop worrying in advance

Russia and Mongolia develop agricultural cooperation after meeting in Ulaanbaatar