Christian Fernsby ▼ | November 25, 2019
A campaign to vaccinate some 1.7 million children in Somalia was launched on Sunday by the country’s government, in partnership with the World Health Organization (WHO) and the UN Children’s Fund (UNICEF). 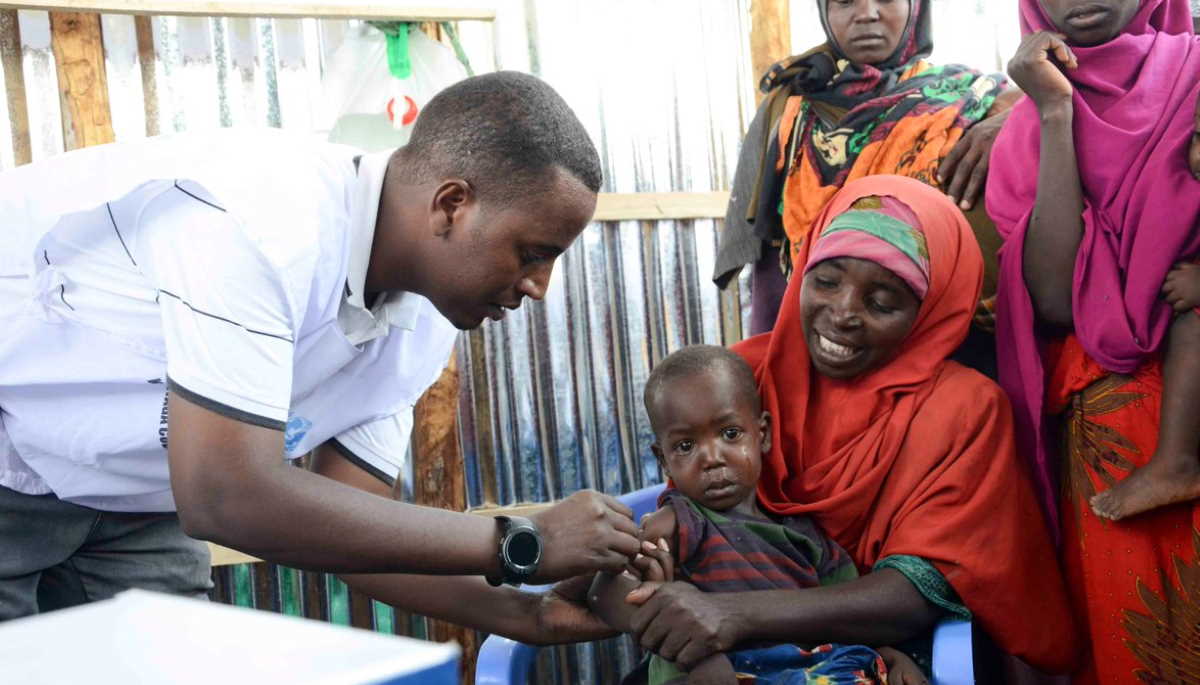 Health in Africa   Somalia measles
Children under the age of five are being targeted with polio vaccines, and measles vaccines will be administered to children aged between 6 and 59 months.

The campaign also includes a vitamin A supplement for children under 5 to boost their immunity as well as de-worming tablets.

Over five days, until November 29, health workers will focus their efforts in the regions of Benaadir, Galguduud, Hirshabelle, Jubaland and South West State, and on children in districts with high concentrations of internally displaced persons (IDPs).

IDP camps often breed disease, and children living in such sites are also more likely to be living in crowded living conditions, and suffering from malnutrition, and limited access to water and sanitation.

Children in nomadic communities are at a higher risk of contracting measles and polio due to the higher mobility of these population groups.

So far this year 3,616 suspected measles cases have been reported in Somalia: The virus, which is spread by respiratory transmission, is highly contagious: up to 90% of people without immunity, who are sharing a house with an infected person, will catch it.

The aim of the mass vaccination programme is to stem the transmission of measles infection, and reduce the likelihood of future outbreaks in Somalia.

The addition of the polio vaccine to the campaign will also help to bolster protection against polio virus type 1 and 3 among all Somali children. ■