UK coronavirus deaths 737 in one day, minister won't apologize to medics without protection

Christian Fernsby ▼ | April 12, 2020
The UK coronavirus death toll has past 10,000 after a further 737 patients died in hospital in the last 24-hours after testing positive coronavirus. 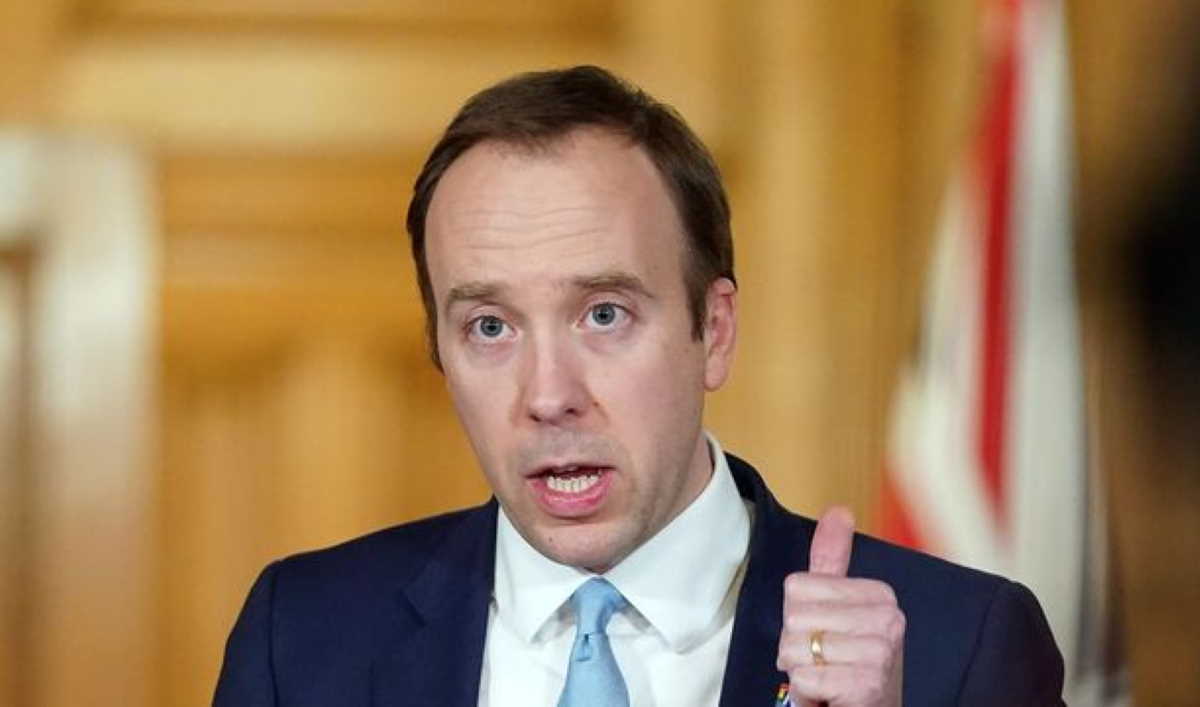 Health Secretary   Matt Hancock
As of 5pm on Saturday, the Department of Health (DoH) said, the total number of deaths in the UK now stood at 10,612.

Health Secretary Matt Hancock said it was a “sombre” day as the UK joined the list of countries who have reached this grim milestone.

“The fact that over 10,000 people have now lost their lives to this invisible killer demonstrates just how serious this coronavirus is and why the national effort that everyone is engaged in is so important,” he said as he lead the government's daily briefing.

Labour leader Sir Keir Starmer tweeted: “Heartbreaking that we have now had more than 10,000 coronavirus deaths in the UK. We must remember the people behind the numbers. Every one is a tragedy, every one is a family shattered.”

The remaining five deaths occurred in March, with the earliest new death taking place on March 26.

NHS England releases updated figures each day showing the dates of every coronavirus-related death in hospitals in England, often including new deaths that took place several days or even weeks ago. This is because of the time it takes for deaths to be confirmed as testing positive for Covid-19, for post-mortem tests to be processed, and for data from the tests to be validated.

The figures published today by NHS England show that April 8 currently has the highest total for the most hospital deaths occurring in a single day – 709 – although this could change in future updates.

Another 24 people with coronavirus have died in Scotland, taking the total number of confirmed deaths to 566, Health Secretary Jeane Freeman has said.

The Scottish Government’s figures revealed that 31,114 tests have now been carried out across Scotland, which is an additional 1,211 tests in the past 24 hours.

Public Health Wales said a further 367 people had tested positive for Covid-19, bringing the total number of confirmed cases to 5,297.

The number of people with coronavirus who have died in a hospital setting in Northern Ireland has risen to 118, with 11 further deaths reported on Sunday.

There were 89 new cases of the virus, bringing the total of confirmed positive tests in the region since the outbreak began to 1,806, officials said.

A further 14 coronavirus deaths were reported in Ireland on Sunday, taking the Republic's toll to 334, the National Public Health Emergency team announced.

The health secretary has declined to apologise to nurses forced to choose between treating coronavirus patients or protecting themselves due to shortages of vital protective kit.

Matt Hancock came under pressure to make an apology to frontline staff who are putting themselves at risk by working without adequate personal protective equipment (PPE).

Nursing leaders have issued guidance to staff that they should refuse to treat coronavirus patients as a “last resort” if appropriate PPE was not provided.

Asked whether he would apologise to medics “who are being put in that impossible position”, Mr Hancock did not answer directly, instead saying: “We are working night and day to make sure that we get the right PPE.

“The thing I want to do is pay tribute to the unbelievable of a huge number of people to get to the position where we are in now, which is improving, but we won’t rest until we get there.” ■

Unexplained deaths of babies rise in UK
Over million persons died in EU from heart attack or stroke
Bad diets tied to 400,000 U.S. deaths in 2015