Putting the brakes on metastatic cancer

Staff Writer | June 21, 2018
A groundbreaking discovery by University of Alberta researchers has identified previously unknown therapeutic targets that could be key to preventing the spread of cancer. 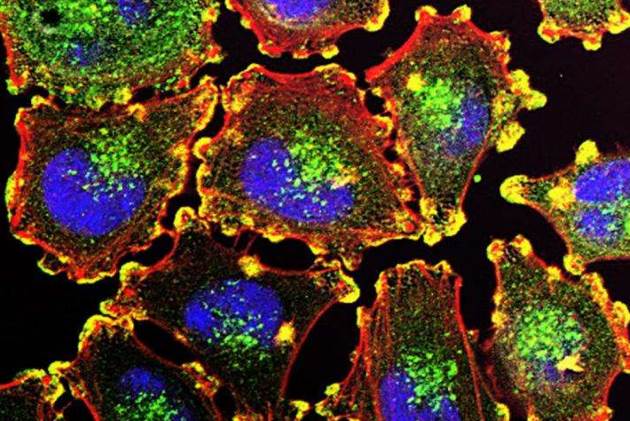 Tumor   Metastasis kills 90 percent of all patients
In a new study published in Nature Communications, the team found that by inhibiting several newly identified gene targets they could block more than 99.5 percent of cancer metastasis in living cells.

"The potential significance is incredible," said John Lewis, the Alberta Cancer Foundation Frank and Carla Sojonky Chair in Prostate Cancer Research at the U of A and a member of the Cancer Research Institute of Northern Alberta (CRINA).

"Metastasis kills 90 percent of all patients with cancer. With this study we have discovered 11 new ways to potentially end metastasis."

In the study, the team used a unique platform it created - a shell-less avian embryo - to visualize the growth and spread of cancer cells in real time.

The researchers used a molecular tool called a knockout library to insert short hairpin RNA (shRNA) vectors into cancer cells, which bound to specific genes in the cells and stopped them from activating.

They then inserted those cancer cells into the embyros and observed as they formed clusters of cancer, identifying which ones showed properties of being non-metastatic.

"When we found compact colonies [of cancer], that meant all the steps to metastasis were blocked," said Konstantin Stoletov, lead author of the study and a research associate in the Lewis lab.

"After that we could pull them out, query what the gene is, and then validate that the gene is actually responsible for metastasis."

The approach enabled the team to detect and identify 11 genes that appear to play essential roles in cancer cell metastasis.

According to the researchers, these genes are widely involved in the process of metastasis and not unique to any one cancer.

They now plan to test the metastasis-associated genes and gene products as drug targets with an aim of stopping metastasis.

"We know that cancer, once it becomes metastatic, will continue to seed other parts of the body and the disease will progress and get worse because of that," said Lewis.

"So I think if we can stop metastasis at any step of progression in cancer patients, we're going to have a significant effect on survival."

The team is now hoping to progress to human trials over the next few years. The Lewis lab is also expanding efforts to explore for other types of genes called microRNAs that may present even stronger therapeutic targets for preventing metastasis.

The research was funded by the Canadian Cancer Society and the Alberta Cancer Foundation.

"As the largest national charitable funder of cancer research, we are committed to funding the very best cancer research in Canada," said Judy Bray, VP Research at the Canadian Cancer Society.

"We are proud to have supported the work of Lewis and his team in developing this innovative new imaging tool and applying it to broaden our understanding of cancer metastasis. Discoveries like this will provide new leads on how we can block cancer from spreading and improve the outcomes of those affected by this disease."

"Our donors have been proud to be supporting Dr. Lewis and his team for years and this is exactly the type of return on investment we like to see," said George Andrews, President and CEO of the Alberta Cancer Foundation.

"This groundbreaking research has a direct impact on improving treatment for patients and beyond and we are excited to see it translate into real outcomes for Albertans facing cancer." ■

Central bank in Hungary leaves base rate unchanged in June

UK very close to developing coronavirus test to reveal who has had coronavirus with no symptoms
Fiji reports first case of novel coronavirus
Coronavirus: UK expert says symptoms could be loss of taste or smell
New York: More than 10,000 coronavirus cases, over half of them younger than 50