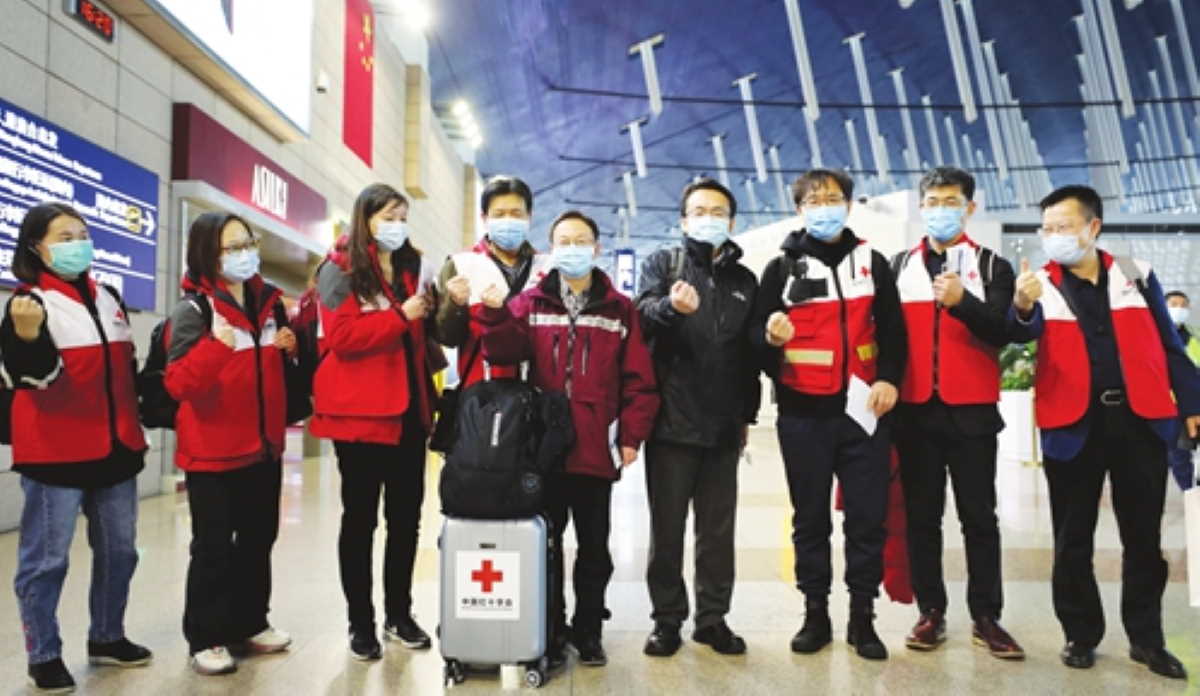 Health in Italy   Chinese doctors
The world has stepped up its war to try to contain the rapid spread of COVID-19, with several countries imposing lockdowns that are keeping tens of millions of people trapped in their homes.

But the death toll has soared in Europe even as China saw a glimmer of hope with zero new domestic cases reported for the first time.

Before going to Rome on March 12, Liang Zong'an, director of the respiratory, pulmonary and critical care medicine department of West China Hospital affiliated to Sichuan University, had been working on the frontline of treating COVID-19 patients in Sichuan Province for more than a month.

As a renowned respiratory specialist in China, Liang and other eight medical experts were dispatched by the Chinese National Health Commission and the Red Cross Society of China to Italy to help fight against the pandemic.

"After the earthquake jolted Wenchuan of Sichuan Province in 2008, Italy provided assistance. We remember their kind moves and we will repay their kindness," said Liang.

With the epidemic situation in Sichuan is improving while the Europe has become the new epicenter, Liang received an urgent notice to support Italy.

"My wife and son are worried about me, but it's my job. I am the director of the respiratory department, so I should go," Liang said. "After the Severe Acute Respiratory Syndrome ravaged China, I have seen some acute infectious diseases, and it's usually not a problem as long as protective measures have been taken in accordance with procedures," Liang said in a CCTV report.

After preparing a passport, visa and luggage within a day, Liang and his team from Sichuan Province took off to Rome. ■

Iran: U.S. healthcare system not ready to curb coronavirus, we could help