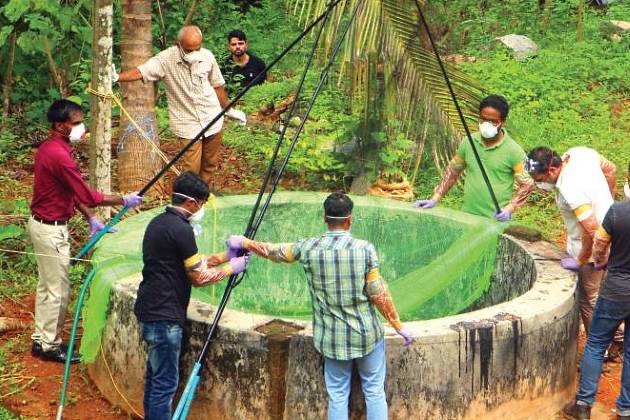 A health official said Tuesday a team from Indian Council of Medical Research and National Institute of Epidemiology is still monitoring the affected Kozhikode and Malappuram districts.

The chief minister's comments came even as Indian Health Minister J.P. Nadda claimed that tampering with nature led to the Nipah virus outbreak in Kerala.

"All such incidents were the result of tampering with nature. Nipah virus wasn't a man-made problem. There were natural reasons," he said.

Apart from 17 deaths in Kozhikode and Mallapuram districts, 94 people have been quarantined in their homes while 15 others are under treatment in government hospitals.

Health officials have identified the bat-infested well in the house in Kozhikode district as the likely epicenter of the outbreak of Nipah virus in this country.

This is the third outbreak of Nipah virus in India. Two other outbreaks of the virus were reported in 2001 and 2007, respectively, in eastern state of West Bengal, claiming 50 lives. ■

Indonesian board to support 8.3-% investment growth target for next year