Christian Fernsby ▼ | May 16, 2019
Parents nervously watch as their children wait to be tested for HIV in a village in southern Pakistan, where hundreds of people have been allegedly infected by a doctor using a contaminated syringe. 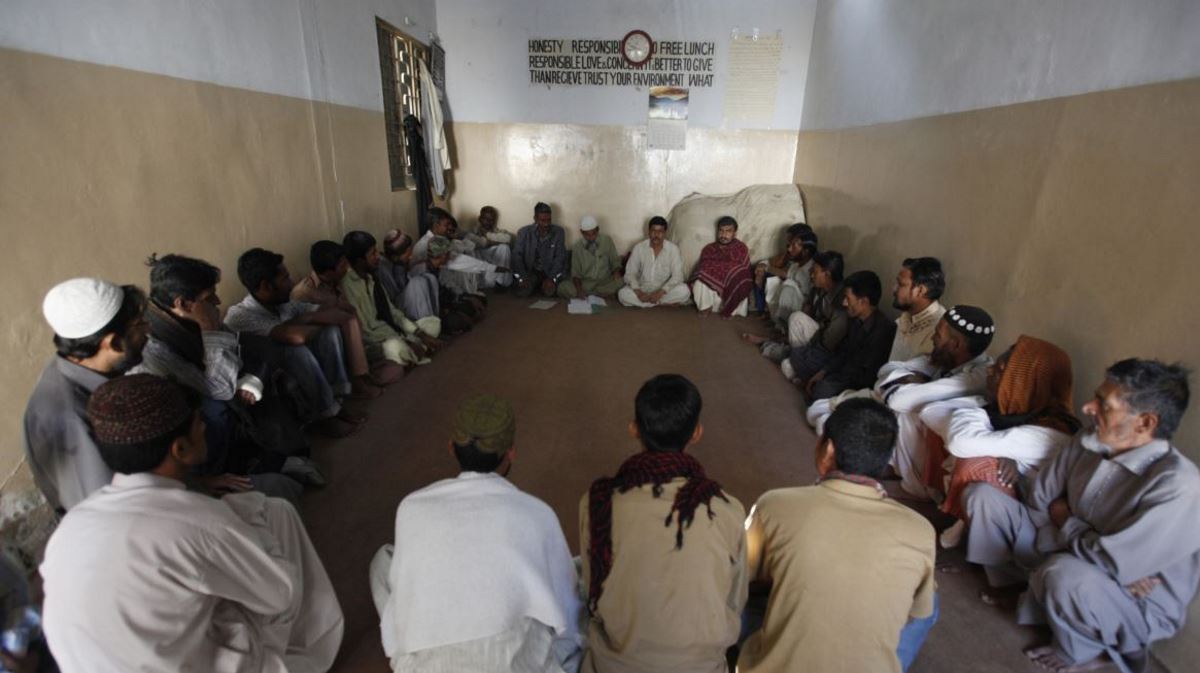 Asia   Southern Pakistan
Dispatched to keep order, police scan the anxious crowd as families hustle into one of five different screening rooms set up in the last month in the village of Wasayo, on the outskirts of Larkana in Sindh province.

Health officials say more than 400 people, many of them children, have tested HIV positive in recent weeks as experts warn of a surge in infection rates across Pakistan, due to the use of unsanitary equipment and rampant malpractice—often at the hands of quack doctors.

Anger and fear continue to swell in the desperately poor village hit hard by the epidemic, which authorities say could be linked to either gross negligence or malicious intent by a local pediatrician.

"They are coming by the dozens," says a doctor at the makeshift clinic, beset by a lack of equipment and personnel to treat the surging number of patients.

Mukhtar Pervez waits anxiously to have her daughter tested, worrying a recent fever may be linked to the outbreak. For others, their worst fears have already become a reality.

Nisar Ahmed arrived at the clinic in a furious search for medicine after his one-year-old daughter tested positive three days earlier.

"I curse [the doctor] who has caused all these children to be infected," he says angrily.

Nearby Imam Zadi accompanies five of her children to be examined after her grandson tested positive.

"The entire family is so upset," she tells AFP.

Others worry their children's futures have been irreparably harmed after contracting HIV, especially in a country whose masses of rural poor have little understanding of the disease or access to treatment.

"Who is she going to play with? And when she's grown up, who would want to marry her?" asks a tearful mother from a nearby village, who asked not to named, of her four-year-old daughter who just tested positive. ■